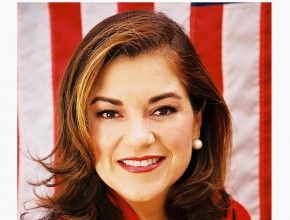 With expectation building around a presumptive Senate run, Rep. Loretta Sanchez, D-Ca., is scheduled to attend[2] a high-powered meet and greet event in San Francisco today, April 10. The move signals what could be the beginning of a Democratic title fight in the race to replace outgoing Sen. Barbara Boxer, D.-Calif. So far, Attorney General Kamala Harris has managed to all but clear the field in her Senate quest. No fellow Democrat has formally committed to challenging her. But Latino and Southland Democrats have made clear their readiness to support a candidate like Sanchez.

Sanchez’s decision to press the flesh in San Francisco, Harris’ political back yard and power base, is significant in itself. Earlier this month, Harris, a former District Attorney in the city, officially kicked off [3]her campaign to replace Boxer at a private fundraiser there.

Just days later, the San Francisco Latino Democratic Club announced[4] the Sanchez event, co-sponsored by a cornucopia of groups that ranged from the SEIU 1021 Latino Professionals Caucus to the San Francisco Hispanic Chambers of Commerce.

If Sanchez proved capable of attracting support from unions and the business community, she could quickly derail the virtual coronation that Harris has doggedly angled for.

While other potential candidates hitting their demographic sweet spot have faded, buzz around Sanchez has only increased. Former Los Angeles Mayor Antonio Villaraigosa, for instance, backed away from a Senate bid earlier this year. His relatively light resume and tarnished reputation did him few favors.

Sanchez, by stark contrast, has cemented a reputation as one of the California delegation’s better-credentialed members of Congress. Representing the 46th district since 1997, Sanchez rose to become the highest-ranking woman on the Armed Services Committee, and the second-highest-ranking Democrat on the Homeland Security Committee. A member of the Congressional Hispanic Caucus, her sister, Rep. Linda Sanchez, D-Calif., was made[5] chairwoman.

Observers have determined that a formal announcement could come from Sanchez at any time. Her candidacy was set to take shape some time this month. “Multiple congressional sources said Sanchez is laying plans to enter the race after Easter,” Politico reported[6], “although it’s still possible that the Orange County Democrat won’t enter the hotly contested fight.”

One advantage Sanchez was seen to hold over Harris involved her place on the political spectrum. “Despite being seen as drawing more moderate votes away from Harris and being a member of the Blue Dog Coalition – a congressional caucus for Democrats who identify themselves as being conservative – Sanchez’s voting record has not deviated far from that of Minority Leader Nancy Pelosi,” Breitbart observed[7]. Regardless of Republican feelings on that kind of positioning, it promised to offer Sanchez an opportunity to run to the right of Harris while staying confident that her liberal bona fides could not be called into question.

But Sanchez would face a tough climb against Harris in one key area: money. It spoke volumes that, while Harris was raising cash in San Francisco, Sanchez was planning to simply muster political support there. Relative to Harris, Sanchez hasn’t built a very large war chest. As the Sacramento Bee reported[9], Sanchez only had cash on hand in the mid six figures. By comparison, Harris boasted[10] reserves of $2.3 million.

From a Republican standpoint, Sanchez’s entry into the Senate race could only be good news. Although her victory over Harris would likely present a tougher opponent for whichever GOP candidate eventually emerged to challenge her, Republicans have cherished[12] hopes that Democrats could be significantly weakened by an intraparty battle to succeed Boxer.