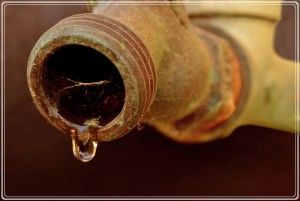 [1]Despite a long track record of conserving water, Southern California has had to scramble to find new ways to scale back even further. Gov. Jerry Brown’s statewide decree of a 25 percent cut in municipal water use has triggered[2] a wave of fresh constraints and new complaints in the Southland, with no end in sight.

In Los Angeles, for example, public utility officers have sought in vain for leniency from Sacramento. “We have voiced concern that we’re not getting credit for our track record,” Marty Adams, director of water operations at the Los Angeles Department of Water and Power, told[3] Al Jazeera America. “Whatever the state water board decides in early May will not change the fact that the Metropolitan Water District, southern California’s water supplier, plans to vote next week to ration water it sells to 26 cities, including Los Angeles,” it reported.

In a decision affecting some 19 million residents from L.A. County to Orange, Riverside, San Bernardino, San Diego and Ventura counties, the Metropolitan Water District recently voted in “cutbacks that would slash supplies to its member cities and agencies by 15 percent,” according[4] to NBC4 Los Angeles.

“The cuts in water allocation to local districts were approved by an MWD committee on Monday and the full board Tuesday. The move marks only the fourth time the MWD has cut back on supplying water.”

“Southern California has led the way in water conservation for more  than 20 years, and now we’re asking people to do significantly more,” said chairman Randy Record, according to NBC4. “We know it will be difficult, but we’re in an unprecedented drought.”

Notwithstanding years of conservation, both L.A. and its surrounding areas have had to propose twisting the taps tighter — even though, Fox News reported[5], “the governor’s order directs the State Water Resources Control Board to take such efforts into consideration in setting specific reduction goals.” Under Brown’s orders, “the State Water Resources Control Board released draft reduction targets for more than 400 water agencies that must cut their water use by anywhere from 10 percent to 35 percent. The targets are based on per-capita water use.”

For one group of Southern California residents, however, the new rules proved too much to take. In San Capistrano, plaintiffs filed a lawsuit challenging the use of tiered water pricing. The prospect of a favorable ruling from the Orange County appeals court currently deciding the case has put observers and officials on edge, as the Los Angeles Times reported[6]:

“If the 4th District Court of Appeal rules in favor of the plaintiffs, water districts that use similar tiered rate structures could be sued on similar grounds if they don’t change how they charge. Water districts located in appeals districts outside of Orange County would not technically be bound by the decision, but water lawyers are likely to rely on it as they argue future cases[.]”

The suit has placed the decisions of both the DWP and MWD at risk. But according to experts, the Times suggested, the utilities could choose to rejigger pricing according to the source of residents’ water.

One usage of water that Brown has decided to defend, however, is fracking. Faced with environmentalist criticism over the practice, which forces water deep into the ground to break up rock that prevents drilling access (hence its full name, hydraulic fracturing.) Although critics have blamed fracking for using up to 70 million gallons of water last year, Brown has insisted that the practice impacts the drought in a minor way.

“Fracking in California has been going on for more than 50 years,” Brown told[7] Chuck Todd on Meet the Press. “It uses a fraction of the water of fracking on the East Coast, for gas, particularly.”