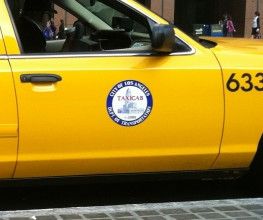 Just four months after a new state law[1] on ride-sharing took effect, California lawmakers are once again considering more regulations on the thriving industry that has made it easier to get around town.

Today, the Assembly Utilities and Commerce Committee is scheduled to consider legislation[2] by Asm. Adrin Nazarian, D-Sherman Oaks, that, some say, is intended to put ride-sharing companies out of business and force Californians back under the thumb of the taxi cab cartel.

Assembly Bill 24[3] would force transportation network companies, more commonly known as ride-sharing companies, to register with the Public Utilities Commission, display an identifying decal on all ride-share vehicles, and go through extensive bureaucratic red-tape for all their drivers.

“Nazarian’s bill is a blatantly anti-competitive example of regulatory capture at its very worst that will only serve to pile on bureaucratic redundancy and red tape while choking innovation,” argues CALinnovates[4], a tech group that lobbies in Sacramento and Washington, D.C.

Nazarian makes no secret of his intention to run the ride-sharing industry out of California. His latest bill was introduced on December 1[5] – one month before last year’s compromise measure became law.

“Ridesharing is simply high-tech hitchhiking,” Nazarian said in a March press release announcing[6] his latest proposal for new ride-sharing regulations. “Consumers are being blindly picked-up by complete strangers and entrusting them with their safety.” 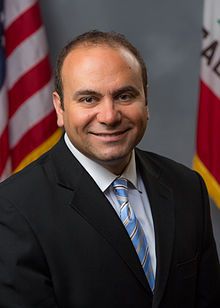 Of course, Nazarian’s statements about naive consumers are hyperbole. Last year, he voted for [7]Assembly Bill 2293, which forced ride-sharing companies to abide by new statewide regulations[8]. That law requires companies to carry at least $1 million in commercial-grade insurance and set new minimum levels of additional insurance to be carried by drivers.

The bill also ordered the state’s Public Utilities Commission and Department of Insurance to produce a study on transportation network companies before December 31, 2017[9] – to see how well the new law is working.

But, before there’s any data on the new law, Nazarian is seeking to add more requirements to the books.

Nazarian’s latest proposal would make your next ride home more expensive by forcing ride-sharing companies to put all their drivers through a Department of Motor Vehicle Employer Pull Notice, a Department of Justice Fingerprint Background Check, and random drug and alcohol testing.

Critics of this year’s proposal say that Nazarian is resurrecting bad bills that were previously sponsored by their competitors, the taxi cab industry.

Both of those bills were sponsored by the Taxicab Paratransit Association of California[10], a trade group that represents the taxi cab industry[11]. Rather than embrace government-controlled monopolies, business groups believe the state should support innovative technologies.

“The California Legislature should embrace companies like Uber, Lyft, and Sidecar, who are not only changing the future of transportation, but are driving economic growth and job creation in cities all around the State,” said Robert Callahan, the state executive director for the Internet Association. “A primary reason for the wide-scale adoption of ridesharing by consumers is the enhanced safety experience.”

“As a public servant, I want to ensure your driver gets you home safely through the enactment of common sense safety measures,” he said. “Who would be against making sure your driver is not a convicted felon or a reckless driver?”

Yet, if safety is his top concern, Nazarian may want to turn his attention to taxi cabs. Los Angeles taxi drivers have been cited more[12] than 10,000 times in the past five years, according to a review of citation data from the city of Los Angeles. In some cases, taxi drivers were caught drinking on the job, aiding in prostitution and driving without a license. 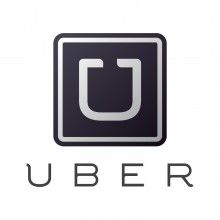 Unlike popular ride-sharing companies that allow passengers to rate their drivers, the information supplied by the city of Los Angeles redacted all driver information from the citation database.

Meanwhile, Uber is ready to respond at a moment’s notice to complaints against more than 70,000 drivers in California.

“Uber has resources available 24/7 to respond to any allegations from riders or drivers, and can within minutes suspend access to the TNC platform in real time while it performs a thorough investigation with the rider, driver, trip data and third party resources,” Leupp, a representative of Uber, wrote to lawmakers.

On the safety front, Uber and Lyft have also received high-profile support from advocacy groups that see ride-sharing as a way to reduce the number of drunk drivers[13]. As CalWatchdog.com reported last year[14], Mothers Against Drunk Driving opposed efforts to regulate ride-sharing.

The Assembly Utilities and Commerce Committee is scheduled to debate the bill at 3 p.m. You can listen live here[15].