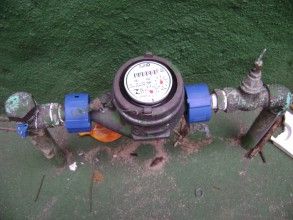 [1]San Juan Capistrano’s water fee usage plan ran afoul of Proposition 218’s taxpayer shield to protect taxpayers from being charged taxes disguised as fees and assessments. The goal of the tiered water plan was designed as a financial punishment for those who use excessive amounts of water. However, the method the city chose violated Prop. 218, which was aimed at preventing governments from using assessments and fees to avoid asking the people for a vote on increased taxes.

The 4th District Court of Appeal struck down San Juan Capistrano’s tiered water fee plan because it violated Prop. 218’s restriction that any fee must be for the cost of service and no more. The court found that by creating a 4-tier fee plan that charged $2.47 per unit for first tier water usage up to $9.05 a unit for greater usage the plan was not based on the cost of the water service.

Paying for the service provided

The goal of Prop. 218 was explained in a Legislative Analyst’s Office paper[2] written to help clarify the measure after it had become law:

In general, the intent of Proposition 218 is to ensure that all taxes and most charges on property owners are subject to voter approval. In addition, Proposition 218 seeks to curb some perceived abuses in the use of assessments and property-related fees, specifically the use of these revenue-raising tools to pay for general governmental services rather than property-related services.

The Analyst’s paper also noted under Prop. 218, “The amount of the fee may not exceed the cost of government to provide the service.”

The unusual, extensive and improper use of assessment districts and fees employed by local governments prior Prop. 218 passing in November 1996 explains the measure’s solid support from voters on Election Day, 56.5 percent Yes to 43.5 percent No.

(O)ne lawyer working with politicians wrote, assessments ”are now limited only by the limits of human imagination.”

How imaginative can the politicians be with assessments? Here are a few examples among thousands:

It was the misuse exemplified in these property assessment examples that prompted the ballot measure passed by the voters. Prop. 218 did not make provisions for penalties, which in essence, the tiered tax water rates are.

The court, in its ruling, did not reject the use of tiered water rates and this case will not prevent conservation if the rate system is rewritten to satisfy the law. As Jon Coupal of the Howard Jarvis Taxpayers Association, the group that sponsored Prop. 218, wrote, “Water districts can restrict use through fines and penalties which they already do. Moreover, virtually all water – particularly in Southern California – is metered. Allotments can be fixed with hard caps on use with stiff penalties for use above allotments. A water district even has the power to terminate service. … The reality is that water districts have many tools in their arsenal of legal options to enforce conservation.”

By not adhering to the principle of fees-for-service the court said the water tiered plan violated Proposition 218.