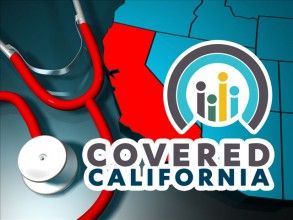 [1]With its latest signup extension deadline set[2] to expire at the end of the month, the Covered California exchange has come under fresh scrutiny for mismanagement and persistent problems with implementing Obamacare plans.

In recent weeks, attention has focused on the thousands of enrollees who may have filed inaccurate tax information “because they have been told to ignore mistakes make by Covered California and other state and federal health care exchanges,” CBS San Francisco reported[3].

But now, investigative reporting conducted by former CBS correspondent Sharyl Attkisson has shifted the focus to the California exchange’s internal troubles. In a two-part series published at The Daily Signal, a news site launched by the conservative Heritage Foundation think tank, Attkisson has detailed the experiences of would-be whistleblowers, officials whose attempts at oversight were cut off or diverted.

Disillusioned current and former Covered California employees told Attkisson that exchange executives failed to foresee or forestall the infrastructure and management breakdowns that have plagued the system since its inception amid Obamacare’s rocky implementation.

One official, who headed the exchange’s largest call center, found[4] it hard to explain the disconnect. “This program had to touch 58 counties, 11 federal agencies, all medical carriers and all advocates. To have a system that would be integrated seamlessly — somebody must have been smoking something if they thought that was going to happen.”

Aiden Hill, a consultant hired as a call center project manager, raised allegations of waste and abuse after five months on the job. “Covered California quietly launched an independent investigation into Hill’s grievances. Nine months later, the results were summarized in four sentences stating that evidence did ‘not support’ Hill’s complaints. Hill calls the probe a sham and says the inquiry didn’t include interviews with many witnesses he suggested.”

A third employee, involved in implementation, noted that even executives’ expectations for enrollment were off base. “It’s a tiny fraction of the growth they were expecting,” Attkisson was told.

Although Covered California has seen its share of successes, insiders confirmed for Attkisson, its exhaustion of federal subsidies has put pressure on the exchange to exaggerate its achievements and downplay its failures. Kevin Knauss, a certified Covered California insurance agent, “says the agency is masking its shortfalls because it is, in essence, a sales organization. ‘I know their enrollment numbers aren’t right. They’re marketing themselves [to] generate fees,’ he said[5].”

The difficulties now coming to light have underscored how far Covered California — one of Obamacare’s largest and most important exchanges — has to go in meeting its own goals. Exchange officials have struggled to make good on their promises to small businesses. After a disappointing first year marred by delayed commissions to the agents largely responsible for funneling enrollees into the Small Employer Health Options Program[6], or SHOP, Covered California executives opted to rebrand the effort as “Covered California for Small Businesses.” Officials hoped the name change would help press the figurative reset button, giving them time to prepare another public relations campaign around boosting enrollment yet again.

“We don’t think there will be a lot of enrollments in next few months, but October through December will be very important for the program,” Lee said, the Sacramento Business Journal reported[7]:

“That’s due, in part, to the fact that many small business owners renewed in December 2014 in order to nab lower rates. They may — or may not — get the same offer for 2016. But there’s another factor: Gov. Jerry Brown signed legislation last July that gave small employers the option to keep plans through 2015 that do not comply with the Affordable Care Act. Unless there is an extension, there will be changes in 2016.”