Tech turns from SF to LA

Looking for greener pastures and fresher stomping grounds, California’s top tech players have started[1] a virtual stampede toward Los Angeles. Over the past several years, big names ranging from Google to Facebook to Snapchat to Vice have set up shop in and around Venice and Santa Monica. As the neighborhoods have changed apace, tech industry movers and shakers have begun spreading out into the rest of the city — buying up big-ticket homes and putting down roots far afield from so-called Silicon Beach. 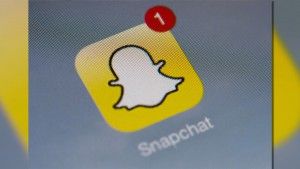 [2]Snapchat, L.A.’s highest-valued startup, has typified the transformation. Undergoing another round of expansion, the social video company has Venice residents concerned there just isn’t enough room for all comers — or the neighborhood’s longtime population of more downbeat creatives. “Snapchat Chief Executive Evan Spiegel, who grew up in Los Angeles and attended Stanford University, said he chose Southern California to escape both corporate and Silicon Valley culture,” the Los Angeles Times reported[3].

But with Snapchat and other big companies snapping up real estate along Silicon Beach, some of the largest have already set their sights further south. “Google recently announced that it would expand its Southern California operations beyond Venice,” the Times noted, “to a massive new office park in Playa Vista with nine times more space.”

Playa Vista, a planned community once dominated by the Hughes Aircraft company, has welcomed the move. According[4] to the Daily Breeze, “Google purchased a 12-acre plot of land in December for $120 million, and is rumored to have its eye on the 300,000-square-foot hangar that used to house the Spruce Goose, Howard Hughes’ infamous plane that boasts a record wingspan.” This summer, Yahoo’s 400 employees based out of Santa Monica will be shifted into new Playa Vista office space as well.

The sense of opportunity has extended as far south as Long Beach. Mayor Robert Garcia told[5] the Times that his vision of a “Silicon Valley of the south” is “kind of a state of mind. It means Long Beach 3.0. It means being a city that embraces open data and embraces innovation.”

[6]The Westside’s beachy coastline hasn’t been the only part of Los Angeles to attract top-rank tech attention. Firms have begun moving downtown, lured by lower rents and a new air of exclusivity. (Soho House reportedly signed[7] paperwork to set up its second L.A. location in an Arts District building.) The growing list of tech-centric companies downtown now includes Hyperloop Technologies, the startup created to realize Elon Musk’s vision of an ultra-fast transportation system that would far exceed the capabilities of the high-speed rail embraced by Gov. Jerry Brown.

According[8] to the LA Weekly, John Zanetos, senior vice president of CBRE Group Inc., took care of the leasing process for Hyperloop. “Downtown is the new, gritty, cool place,” he said — “a lot cheaper than Santa Monica or Venice.”

Local officials have warmed to the prospect of tech money and prestige anchoring downtown’s rapid development, even if it has meant giving a fair shake to projects that strike a sharp contrast with some of Gov. Brown’s favored policies. “Any idea that can get you from San Francisco to Los Angeles faster than it takes to get from downtown to Hollywood during rush hour is worth pursuing,” City Council member Jose Huizar told the Weekly, although he called Hyperloop’s plan “light-years ahead of most.”

Despite the sky’s-the-limit attitude and booming real estate prices, however, some critics caution that the original Silicon Valley still maintains unmatched structural advantages.

As futurist and urban theorist Joel Kotkin argued[9] recently, Silicon Valley’s appeal “to young companies was painfully evident in the decision this year by Oculus, a promising virtual reality firm, to move from Irvine to be close to its corporate buyer, Facebook, taking its top designers and executives to Menlo Park. It takes stubborn executives, like Snapchat’s co-founders Evan Spiegel and Bobby Murphy, to say no to the moguls of Menlo Park and stay here in the Southland.”

Ultimately, however, tech’s future in and around Los Angeles may well be assured by the Southland’s ace in the hole — its climate and style of living. As the Associated Press reported[10], not only moguls have gravitated toward L.A.’s priciest mansions; mere millionaires looking to shell out comparatively less than the Bay Area’s tech titans have discovered their dollar can go much further in Silicon Beach than in Silicon Valley.