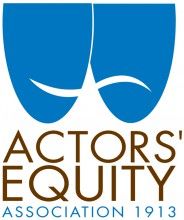 When the leadership of Actors Equity, the stage actors union, decided to push for a minimum wage for Los Angeles actors who work in 99-seat theaters and smaller, they got pushback from many of the union’s members. The actors feared that forcing the theaters to pay the actors more might force some of the hanging-on-by-their-fingertips theaters to close down.

The debate over raising the minimum wage for the small theaters mirrors the larger debate on minimum wage that is occurring in the country.

Despite a 66-percent referendum vote against the move by Los Angeles Equity members, the union leadership imposed the requirement to pay actors the California minimum wage.

The actors who opposed the increase were afraid that opportunities to hone their craft would be lost. Many saw the small theaters as a place of continuing education to improve their acting skills rather than a job. However, the union leaders felt the actors should be paid a minimum wage for all the hours dedicated to practice and to shows. 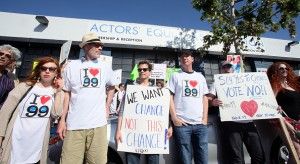 [2]The 99-seat theater waiver has existed for three decades and was applicable as long as the production run is short and the ticket prices are low. The arrangement has allowed for experimental plays to get a chance to find an audience and for actors to work at their craft and hopefully be noticed by agents or producers. The concern from many of the actors voting against the minimum wage requirement is that those opportunities will disappear if many of the theaters have to close because they cannot meet the higher payroll.

Taking the argument to the larger national debate on minimum wage, there is concern that some business establishments cannot handle the increase in wages and might have to close down or layoff some workers. In the Bay Area, in response to recent minimum wage hikes, some restaurants have increased prices 20 percent discouraging customers; some have even closed down.

There continues to be concern that youth unemployment could rise with an increase in minimum wage. UC Irvine economist David Neumark estimated a 10 percent hike in the minimum wage caused a 1 to 2 percent drop in youth employment. The message Neumark drew from his study[3]: “Widespread evidence indicates that minimum wage increases are offset by job destruction.”

Now the actors are concerned that while some will receive higher remuneration for their efforts, others will not find venues to practice their craft.

Actors Equity did make a couple of exceptions in their decision, but they are narrow ones. Companies controlled by actors could set their own rates. Theaters with less than 50 seats that produced a show that cost no more than $20,000 and runs no more than 16 performances do not have to abide by the ruling.

Exceptions may come into play in the greater minimum wage debate.

Restaurant owners are asking that tip money be considered in worker’s salary to determine if an increased minimum wage law should cover those workers. Another exception could be for first time workers trying to get a toehold in the working world.

The minimum wage debate may morph into a discussion over exceptions to any minimum wage adjustments so that more jobs are not lost. It could be part of a broader solution so that, to use a show biz phrase, the show must go on.