The Los Angeles Unified School District this month agreed to a 10 percent raise for teachers[1], creating a deficit for the district that would reach $559 million by 2016-17, according to a projection by the district. 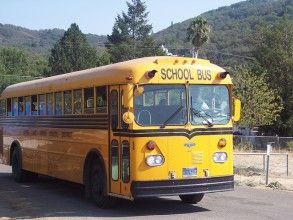 It was reportedly the first raise in eight years for the rank and file, and the negotiations were handled by United Teachers Los Angeles[2].

According to an L.A. Times story on the payout:

The tentative three-year deal would cost $875.3 million for all employees, about $285.6 million more than the district’s original offer, according to a memo from Supt. Ramon C. Cortines to board members. Included in the increased amount is an additional $31.6 million for other employee groups, such as administrators, whose contracts entitle them to more money if other bargaining units negotiate better deals than their own.

Teachers unions in Los Angeles and around the state have battled for raises over the past year.

In San Diego[3], teachers seek a 10 percent wage increase over two years. In San Francisco, teachers obtained a 12 percent raise over three years[4]. And teachers in a San Jose high school district got a 5 percent raise[5] earlier this year.

The CFT files an annual financial disclosure with the U.S. Department of Labor. An analysis of the CFT’s annual labor department filings shows that yearly dues have increased 33 percent since 2005 – about the last time the L.A. teachers got a raise – from $361 annually to $482 last year. Dues have not increased since 2011.

Among other findings in the analysis, which was done by accessing reports through this Department of Labor portal[8]:

The data shows a strong performance for the union in a state that has maintained its organized labor base while the rest of the country has seen an explosion of successful right-to-work legislation – Michigan and Wisconsin notably – and an increase in non-union workplaces.

Membership in the public sector, though, has remained in the 30-something-percent range since the late ‘70s, settling at 35.7 percent last year.

In California, membership has remained above the national average since 2004, with 17.5 percent of workers represented by a union[13] last year compared with 18 percent in 2004. The state ranked fifth in the U.S. for overall representation behind Hawaii, New York, Alaska and Washington.