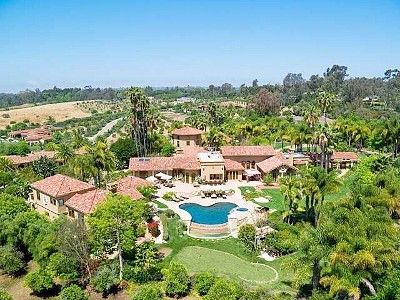 News that Rancho Santa Fe and other wealthy enclaves with reputations as water hogs will get hit with the maximum[2] 36 percent reductions hasn’t appeared to reduce the anti-elite anger. Now along comes a New York Times story that explicitly frames[3] the issue in Occupy vs. 1 percent terms.

COMPTON, Calif. — Alysia Thomas, a stay-at-home mother in this working-class city, tells her children to skip a bath on days when they do not play outside; that holds down the water bill. Lillian Barrera, a housekeeper who travels 25 miles to clean homes in Beverly Hills, serves dinner to her family on paper plates for much the same reason. In the fourth year of a severe drought, conservation is a fine thing, but in this Southern California community, saving water means saving money.

The challenge of California’s drought is starkly different in Cowan Heights, a lush oasis of wealth and comfort 30 miles east of here. That is where Peter L. Himber, a pediatric neurologist, has decided to stop watering the gently sloping hillside that he spent $100,000 to turn into a green California paradise, seeding it with a carpet of rich native grass and installing a sprinkler system fit for a golf course. But that is also where homeowners like John Sears, a retired food-company executive, bristle with defiance at the prospect of mandatory cuts in water use. …

David L. Feldman[4], who studies water policy at the University of California, Irvine, said a big risk for state water regulators would be if the public concluded that water-conservation policies were “falling disproportionately on those who are less able to meet those goals.”

But what the NYT story doesn’t capture is that the water issue appears to have more potential to have genuine populist consequences than Occupy, which never became a true mass movement. The more Californians are reminded that rich estates use more water on their lawns every day than do entire apartment buildings, the more irate they’re likely to be. That includes the middle-class families that the Times’ story didn’t cover.