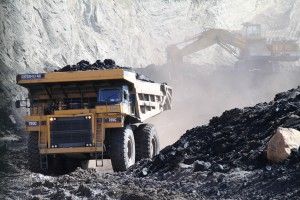 [1]Hard up for a sizable market, Utah’s coal producers have inked a big new deal to use Oakland’s deep-water port to ship their product to Asia.

“Terminal Logistics will start building the $250 million Oakland Bulk and Oversized Terminal at the Oakland Global Trade & Logistics Center later this year,” reported[2] the San Jose Mercury News, “and hopes to finish the 35-acre project in 2017.”

Though potentially lucrative, the deal has sent California environmentalists into crisis mode. For years, environmental groups inside and outside the state have invested heavily in convincing public opinion that coal use is harmful and should be abandoned.

Opponents of the coal deal have found themselves struggling to reverse its political momentum. In addition to familiar faces like the Sierra Club and groups like WildEarth Guardians, the Mercury News noted, Oakland’s own city leaders have voiced their dismay while leaving open the question of just how to proceed. “Obviously, we’re going to work with our business partners to try and reach a mutually acceptable way of moving forward,” said Mayor Libby Schaaf. “This is a very important project for the city of Oakland, and this policy resolution is important also.”

The difficulty in turning back the deal reached all the way to the White House, which sparked outrage among environmentalists by advancing a parallel initiative designed to market Utah’s coal. The proposal, which would put millions of tons of the resource on the auction block, drew[3] an unhappy press release from WildEarth, Sierra Club and other organizations.

“Selling more coal portends disaster for our public lands, our climate and our clean energy future,” said Jeremy Nichols, WildEarth Guardians’ climate and energy program director. “While President Obama is calling for action to combat climate change, his administration seems to be doing everything they can to appease the coal industry and open the door for more carbon pollution.”

Looking to head off a wave of opposition, state officials backing the plan have underscored that Utah coal burns cleaner than the alternative in the Asian markets where it would be headed. Laura Nelson, director of the state’s Office of Energy Development, called[4] the port project “an opportunity for those markets to displace dirtier coal with Utah coal, which has a lower sulfur and water content and higher BTU, which means it produces energy more efficiently.”

Defenders of the plan, meanwhile, also pointed out that coal transportation was just a first step in building a broader economic relationship. 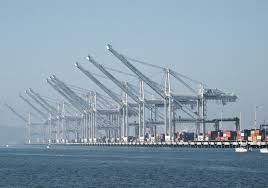 [5]Gordon Walker, chairman of Utah’s Permanent Community Impact Fund Board, told[6] the Salt Lake Tribute that commodities ranging from alfalfa and grain to salt and iron ore could soon follow along the shipping line opened up by the coal deal.

“What we are doing is creating through-put for other commodities that are coming online. Potash is going to be a big deal,” Walker said, referring to the proposed Potash Ridge mine in Beaver County. “This benefits all of rural Utah. We have created a bigger pie.”

Given the sheer size and cots of the project, supporters like Walker had an incentive to emphasize the staying power of the new arrangement with Oakland. To ready the port that will receive the coal, the Tribute noted, Utah will spend over $50 million in federal mining royalties — allocated by the board, in the form of a low-interest loan, to the state’s most significant mining counties.

Like any major infrastructure venture, the port plan has offered Utahns a tradeoff between potential benefits and a certain level of risk. As in-state critics have observed, though the specific terms of the 66-year contract have yet to be hammered out, the full cost of port construction has been estimated to top out around $275 million.