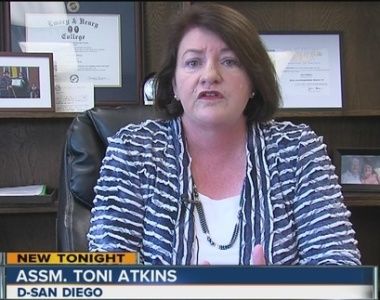 The Howard Jarvis Taxpayers Association on May 1 filed paperwork[1] with the state Attorney General’s Office as a first step toward qualifying an affordable-housing measure — the California Homeowners and Renters Tax Relief Act of 2016 — for next year’s ballot. HJTA President Jon Coupal has details [2]on his organization’s website:

Only about one-third of Californians can afford to realize the American dream of owning their own home. The homeowners’ property tax exemption of $7,000 (worth a $70 deduction on your property taxes) has not been increased since 1972 when the median priced home sold for $28,660. Currently, an average home is selling for nearly 10 times that amount, and yet the homeowners’ exemption remains unchanged.

Increasing the homeowners’ property tax exemption from $7,000 to $32,000 will save every homeowner in California an additional $250 per year. This will help to mitigate the heavy financial burden placed on homeowners from property tax increases to repay local bonds, and provide some relief from excessive utility fee and charge increases.

Details on the renters’ credit can be found on page 5[3] of this PDF.

At a time when affordable housing and poverty are emerging as big issues in California, the Howard Jarvis measure is likely to have little trouble gathering signatures. The cost of housing pinches everyone.

But the measure is also likely to put the spotlight on existing affordable housing programs in the state. A 2003 report by the Public Policy Institute of California on those programs was not flattering, depicting them as helping relatively few people and as being inefficient and ineffective. I have cited this report on CalWatchdog.com and in U-T San Diego editorials. Here’s a previous summary:

The study cited profound flaws in the state’s primary affordable-housing law. It forces cities to plan for needs that are much more appropriately addressed on a regional level. It emphasizes process — laborious long-term planning — over results — more housing units.

The PPIC analysis identified high-cost states with similarities to California that had significantly more success with affordable housing. In New Jersey, the “builder’s remedy approach” gives developers concessions in return for helping a community meet its affordable-housing obligations. Giving developers a profit motive has yielded “far more housing units” than previous policies. California’s version of this approach is much more constrained.

In Massachusetts, the state radically simplified the approval process for residential projects in which at least one-quarter of the units had “long-term affordability restrictions.” To limit NIMBYism, developers can appeal permits rejected at the local level to a state board.

But instead of heeding the PPIC, Assembly Speaker Toni Atkins, D-San Diego, seeks to double-down on the approach the think tank criticized. She’s calling for hundreds of millions of dollars in new state subsidies[4] to create a few thousand new units across California.

New York Mayor Bill de Blasio, by contrast, argues that housing prices will only come down in a significant way if there is much more housing stock. He’s seeking to add 240,000 units[5] in his city.

The Howard Jarvis proposal is less ambitious than de Blasio’s, but it would also offer broad benefits. As the PPIC report laid out, the current California approach of providing affordable housing to a few lucky families is more comparable to a lottery than to a program offering help to a broad category of residents.

The PPIC report can be read here[6].