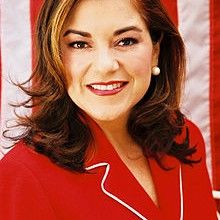 Thursday’s announcement, one day before the California Democratic Party’s spring convention, sets up a Democratic women showdown between Sanchez and Attorney General Kamala Harris. Under California’s Top 2 Primary, both Democrats could make it past the June primary and into a November 2016 general election run-off.

“I’m running to give a voice to every Californian,” said Sanchez, a moderate Democrat from Orange County. “I’m running for Senate because I bring national security and military experience in these critical times.”

Sanchez brings to the race an impressive campaign resume that began with an improbable upset of six-term GOP Rep. Bob Dornan in 1996, an election she won by fewer than 1,000 votes. During her 10 terms in Washington, D.C., Sanchez has served on the House Armed Services Committee and the House Homeland Security Committee as well as been an influential member of the Congressional Hispanic Caucus.

“There are two kinds of candidates,” Sanchez said at her campaign kick-off. “Those who want to be something and those who want to do something. I am running for Senate because I am a doer.”

If Sanchez prevails in her first statewide campaign, she’ll become the the first Latina ever elected to the U.S. Senate. Before she can make history, she’ll need to overcome demographic challenges with her key voting blocs: Southern Californians and Latinos. Both groups represent a large number of raw voters, who traditionally turn out in lower numbers than the statewide average.

No coronation for Kamala Harris

In January, Boxer announced that she would retire after four terms in the U.S. Senate. Although Harris quickly entered the race, other big-name Democrats seemed uninterested in challenging the state’s top law enforcement officer.

For months, it looked like Harris might simply take over the seat without a challenge from any of the next generation of Democratic leaders. In quick succession, Lt. Gov. Gavin Newsom, Treasurer John Chiang[1], billionaire climate-change activist Tom Steyer[2] and former Los Angeles Mayor Antonio Villaraigosa[3] each announced that they would forgo the race. 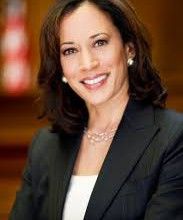 Earlier this week, Sanchez appeared to be latest Democrat to pass on the race. Sanchez’s team released a draft email announcing her campaign kick-off, but then quickly retracted the announcement, saying that she was still undecided.

That indecision caused the Los Angeles Times to complain that Harris’ coronation was bad for the democratic process.

“An unopposed candidacy is great for political parties, not for voters or democracy,” the Times wrote in its May 14 editorial[4]. “A strong field of Democratic candidates is more likely to ensure that campaign debates cover topics Democrats care about, and elicit authentic answers instead of canned responses. Without such a vigorous vetting, Harris would be able to script her communication so carefully as to be meaningless.”

Harris’ campaign wasted no time in welcoming Sanchez to the race with a subtle jab at Washington’s “culture of dysfunction.”

“The attorney general looks forward to a lively discussion about who is best equipped to help change the culture of dysfunction in Washington, D.C. and make a difference in the lives of Californians,” said Nathan Click, spokesman for the Harris campaign.

In addition to hailing from opposite ends of the state, the two Democratic women bring remarkably different styles, backgrounds and personalities to the campaign. The differences were evidenced in their campaign kick-offs: Sanchez with a traditional campaign rally, Harris an email announcement[5].

Sanchez’s greatest asset might be her blunt, straight-talking demeanor, which could further expose Harris as a controlled and calculating politician. With a more direct style and off-the-cuff remarks that occasionally get her into trouble, Sanchez has managed to create a cult following with her annual Christmas card. In contrast, even Harris’ backers have described her as “too cautious,” a trait that could hamper her in a contested statewide primary.

Possibility of all Democrat run-off

Some political analysts say that there’s a strong chance that both Harris and Sanchez could both make the November run-off. On the Republican side, Assemblyman Rocky Chavez of Carlsbad has raised just $12,030[6] – a fundraising haul more befitting of a city council race. The only other announced Republican candidate, former California Republican Party chairman Tom Del Beccaro, has never won elected office.

“Lots of Republicans will end up on the ballot which means that we could see two Dems if it is just the two of them,” said Matt Rexroad[7], one of the state’s top Republican political consultants and a Yolo County Supervisor.

Rexroad, who does not have a client in the U.S. Senate race, gives the edge to Harris.

“In the end I think Harris has an impressive team that has shown a tremendous amount of discipline while Sanchez has been a side show,” said Rexroad, a partner at Meridian Pacific, a Sacramento-based consulting firm. “Advantage Harris on name ID, resume, and institutional support. The one thing Sanchez has going for her is the Latino surname.”

Other Democratic candidates are still considering the race, including Rep. Xavier Becerra of Los Angeles and former Secretary of the Army Louis Caldera.