In Long Beach, taxis to copy the Uber approach

The arrival of Uber and Lyft has had a radical effect on surface transportation and seems likely to lead to a big downsizing of the taxi industry in California. In city after city, taxi lobbyists have fought to shut down the ride-share companies entirely. Alternatively, they seek to maintain some parts of the pie just for themselves, usually on safety grounds — starting with transportation to and from airports. 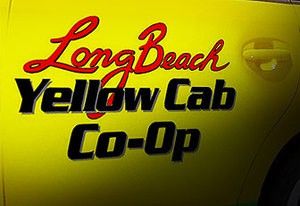 But in Long Beach, they’re going in a different direction that could spawn copycats around Golden State and maybe the world: letting the taxi industry be much more like Uber rather than requiring it to operate under the normal, heavily regulated model. Forbes has details:

So working together with Yellow Cab, the city council of Long Beach (population: 469,000) this week approved a pilot program that removes taxis’ fare floor, allowing Yellow Cab to discount fares as conditions warrant, comparable to ride sharing services’ less expensive fares. The company will also get an ordering app, be allowed to increase its fleet size from 175 to 199 cars, and be permitted to add additional capacity at peak times.

Taxi executives don’t just worry about competing with cheaper ride providers. They realize there’s a “cool” factor to Uber that hasn’t faded even as the company’s novelty has disappeared:

“Our hope is that this competition will provide more options for residents while allowing each of the companies to thrive,” [Mayor Robert] Garcia says. Both the city council and taxi company say they’re behind this program “100 percent.” …

Long Beach appears to be the first city in the nation to take this novel approach, but, Garcia says, “We believe our approach, if successful, could be a national model.”

What Bloomberg Business News calls “Big Taxi” is still targeting[1] Uber in the big picture, using contributions from 1,000 taxi and limo service companies worldwide. But in California, Uber has become an entrenched part of life to the point where Long Beach taxi companies would rather switch business models than fight.

Yet as Forbes notes, they still like their protected turf:

Protests by taxi drivers, meanwhile, continue to sweep the globe, most recently in Toronto and across Europe and Australia. The state legislature in Kansas effectively shut down Uber there earlier this month, although there are news reports of a compromise in the works that could bring it back.

In Long Beach, one big difference remains between taxis and ride shares: only taxis can pick up at Long Beach’s airport.