Will Brown’s brown lawns cause brownouts for summer 2015? 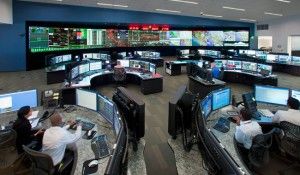 [1]On April 1, Gov. Jerry Brown ordered mandatory 25 percent cutbacks in urban water usage[2] over the next nine months due to the prolonged water shortage in the state’s surface water reservoirs. In response, U.S. Energy Secretary Ernest Moniz said the West Coast could possibly see power brownouts[3] due to drought this summer, speaking to reporters at a Christian Science Monitor event April 27.

By April 29, Brown went even further and issued an executive order to cut carbon dioxide emissions 40 percent by 2030[4] by developing more renewable power that supposedly lessens the power grid’s reliability. Could California experience another power outage[5] as it did in 2011 across the southern part of the state, after a lineman’s error sent high voltage pulsing through lower voltage systems?

So what will it be for the summer of 2015: Brown lawns and rolling power brownouts due to less hydropower availability from drought and more renewable, but supposedly less reliable, green power? CalWatchdog.com posed the question to the operator of the grid, the California Independent System Operator (Cal-ISO), which has a stellar reputation of impartiality and technical competence.

The ISO’s forecast — 2015 Summer Loads and Resources Assessment[6] — concludes that electricity supplies will be adequate for the summer of 2015, even if a heat wave scenario unfolds. And contrary to reports of green power unreliability, the report indicates new solar power projects coming online this summer will add more generation and will moderate peak energy events.

In an email, Cal-ISO spokesman Steven Greenlee also indicated that its new Energy Imbalancing Market would plug a gap in the early morning hours when wind power calms down and late afternoon hours when solar power fades.

According to Cal-ISO, California is likely to have too much power available, resulting in dumping of power. Greenlee said:

“If wind does not subside, then all of the resources combine to produce excess energy — at which time we are bound by grid standards to begin immediately rebalancing supply with demand. We let the market cure the situation, but as a last resort to maintain reliability, the ISO can and will curtail generation by dispatching units to zero output; we want to avoid having to this take this action.”

But what about the prospect for power brownouts mentioned by Moniz and the blackout that occurred during the Southwest Blackout of 2011[7]?

“In the intervening time since September 2011, the ISO internally and with its balancing authority neighbors have completed several reliability enhancements that have made the grid stronger and more resilient. This includes the following:

Another part of Cal-ISO’s planning is what is called “Demand Response,”[8] whereby electricity customers voluntarily curtail power usage in the event of peak prices or if grid reliability is threatened.

Small businesses and residents would be asked to curtail

“Demand response programs, we believe, vary in composition of mostly residential and small businesses, are offered and managed by the state’s three investor-owned utilities, but please note the ISO does not have any control of, review privileges, or special insight into these retail programs.”

In sum, Cal-ISO does not expect reduced hydropower availability to materially impact grid reliability for 2015. And neither does it foresee a higher risk of brownouts or blackouts, as technical fixes have been put into place to prevent another power outage such as occurred in 2011. Moreover, new solar power coming online should provide greater grid reliability for summer 2015, although California still mainly relies on natural gas and imported electricity[9].