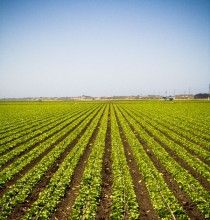 [1]As state policymakers turned their eye on reforming groundwater rules, California’s farmers sought a new deal on water rights, voluntarily proposing to slash their own consumption.

The latest cascade of cuts underscored fears that current rationing rules just weren’t enough to put residents on a viable path to resource security. “This week, a group of farmers who enjoyed a so-called riparian right to as much water as they needed from the San Joaquin River sought to strike a bargain with state officials,” the Washington Post reported[2]. “They would voluntarily cut the amount they use by 25 percent in exchange for keeping the remaining 75 percent for irrigation, even as the drought continues.”

That put the ball in the hands of the head of the State Water Resources Control Board, who has final say over whether the deal goes through.

Pre-existing conservation efforts were surpassed recently by municipal decreases mandated by Gov. Jerry Brown. But Brown had opted against extending similarly harsh measures to California’s big agricultural operations, responsible for producing the overwhelming national and worldwide majority of key crops like pistachios, avocados and other popular produce. That led to calls of favoritism — not just toward farming corporations, but toward the venerable water rights that Golden State farms have held tight to for generations.

The combination of political pressure and drought conditions appeared to have an effect on regulators. As the Associated Press reported[3], a second group of riparian rights-holders has found itself in the conservation crosshairs:

“State officials said Wednesday that they would start mandatory cuts this week to the state’s oldest rights holders, who are historically spared from water restrictions.

“Regulators said the first orders Friday will affect those holding century-old water rights in the watershed of the San Joaquin River, which runs from the Sierra Nevada mountains to San Francisco Bay and is one of the main water sources for farms and communities.”

The farmers volunteering their cuts, with land stretched along the waterways of the Bay’s Delta region, likely saw the move as an indication that time was running out to negotiate an agreement of their own.

But the farmers facing mandated cuts, handed down by the Water Resources Control Board, announced their intention to fight the decision. Although chairwoman Felicia Marcus lamented she had to “make terrible choices in the most fair and equitable way possible,” Slate observed[4], the farmers “have already vowed to challenge the decision in court, saying any restriction of senior rights amounts to a ‘water war.'”

“More cuts could still be on the way, too,” added Slate. “The Water Resources Control Board says that essentially all water rights statewide are up for review this year, regardless of seniority” — and that climate change, as Marcus claimed recently, makes such sweeping changes inevitable anyway.

When the wells run dry

Howls of protest have also accompanied the latest crackdown on groundwater, which includes residential users. Under the reforms recently enacted by Gov. Brown, individuals needn’t document their use of groundwater. But, as CNBC reported[5], “the regional guidelines mean communities at least collectively have to account for how much groundwater they’re extracting. And that likely means more well metering on the horizon.”

At the same time, a separate controversy has swirled around just how distressed California’s well water really is. According[6] to the Los Angeles Times, “The Department of Water Resources estimates that there are between 1 million and 2 million wells — either in use or idle — scattered throughout the state. On average, between 10,000 and 15,000 wells are added each year. Some are dug by hand, others are drilled to significant depths.” By that measure, the 1,900 wells that have gone dry amount to less than 1 percent of the total.

But the story has grown more complicated. As the Times noted, “the data show decreases of more than 10 feet in more than 15 percent of measured wells and some severe decreases of more than 25 feet in some central California wells. And state officials say several groundwater basins in the Central Coast and Southern California also show ‘significant to severe’ levels of decline.” Given the dramatic expansion of new conservation rules over the past several months, further action on groundwater would only fit the pattern.