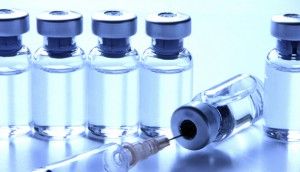 [1]A measure to require vaccinations for day care center workers has been approved by the California State Senate on a bipartisan 34 to 3 vote.

Senate Bill 792[2] is authored by Senator Tony Mendoza, D-Artesia, and according to the text of the bill, “would prohibit a day care center or a family day care home from employing any person who has not been immunized in accordance with the schedule for routine adult immunizations.” Currently, licensed child care workers do not have any immunization requirements, but must have a TB clearance and a health report[3].

A press release issued[4] by Senator Mendoza’s office noted that the Centers for Disease control declared measles was eliminated in 2000:

However, from December 28, 2014 to February 20, 2015, there have been 117 confirmed cases of measles in California according to the CDC[5]. The outbreak likely originated from a traveler who became infected overseas with measles and visited Disneyland in Anaheim, California while contagious. Since that time, additional cases emerged, including a Bay Area Rapid Transit (BART) passenger with measles who travelled from Millbrae to San Francisco, potentially exposing more than 1500 riders.

“One child’s death is one too many, especially when it may be preventable. With the recent deadly outbreaks of measles and influenza, we must do everything in our power to protect California’s children who spend time in day care,” said Senator Mendoza in the release. “SB 792 will require all day care center and day care home personnel to be vaccinated. This is not just a common sense solution, but makes scientific sense.”

The bill now goes to the State Assembly for consideration.