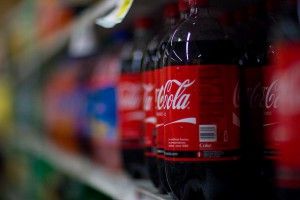 [1]On Tuesday, the city of Davis passed an ordinance[2] requiring restaurants to offer milk or water as default drinks with any children’s meal.

Although the ordinance does not prohibit a restaurant’s ability to sell, or a customer’s ability to purchase, a substitute or alternative beverage instead of milk or water, patrons will not be offered sodas, fruit juices or any other beverages with children’s meals.

In addition, restaurants that sell kids’ meals must complete an annual self-certification verifying that if they offer children’s meals, they comply with the provisions of the ordinance. Establishments that continue to offer beverages with children’s meals that are not milk or water stand to be fined $100 or more, depending on the number of violations.

The new policy aims to “increase access to healthy beverages for children” and was initially proposed by First 5 Yolo[3], a children and families commission.

Dr. Harold Goldstein, the executive director of the California Center for Public Health Policy[4], praised the requirement in a statement release:

“The city of Davis took a bold stand for children’s health last night and in so doing established itself as a national public health leader. While communities all over the country wrestle with the disastrous consequences of growing childhood obesity and diabetes epidemics, Davis drew a line in the sand. The city council showed the powerful role cities can play by passing an ordinance requiring restaurants to serve water or milk as the default beverage in children’s meals. This means that the healthy beverage choice is now the easy beverage choice in Davis restaurants.”

Dr. Goldstein also stated that sugary drinks are the “single largest source of excess calories in our kids’ diets, providing nearly half of their daily sugar intake.” He pointed to restaurants as “responsible for about a quarter of children’s caloric intake.” Parents at restaurants “will now have to ask for soda specifically if they want to serve their child liquid candy instead of a healthy beverage.”

Matt Sutton, vice president of government affairs and public policy for the California Restaurant Association[5], says policies like these “oversimplify the issue” of healthy choice.

“Restaurants have made a lot of headway in offering a wide selection of menu items to accommodate consumer choice, such as salads and apples with meals,” he told me. “We’ve made all kinds of changes to help address the concern. However, there is no one silver bullet.”

Sutton said kids’ meals are fairly common throughout many restaurants, fast food and sit-down alike, and are generally packed under one price. This ordinance could “have a pretty big impact” on pricing and restaurant operations.

He also pointed to Governor Jerry Brown’s latest executive order mandating water reductions, which bans[6] restaurants from offering water unless patrons specifically request. This is a bit of a “head scratcher,” he told me, as the new Davis ordinance requires restaurants to offer water with kids’ meals.