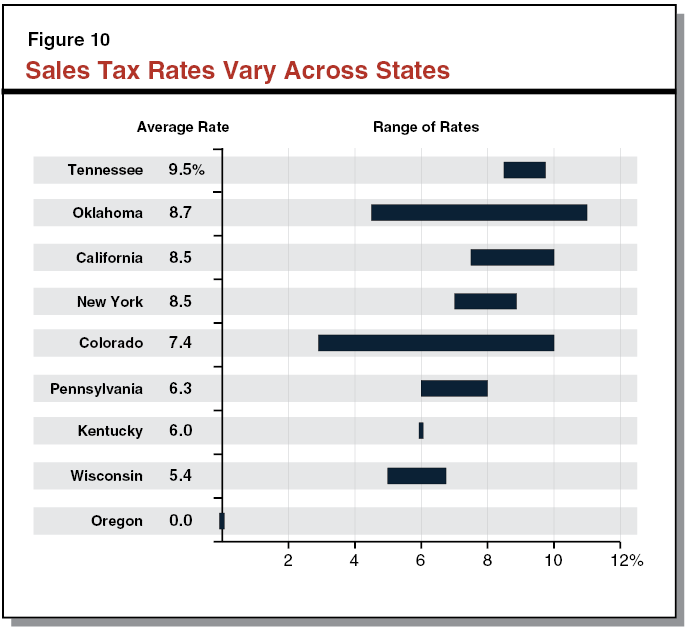 [1]Although Californians already pay some of the highest sales taxes in the nation, a bill that recently passed the Assembly paves the way for the sales tax to go even higher. Assembly Bill 464[2] increases to 3 percent (from the current 2 percent cap) the maximum sales tax rate that can be levied by local governments.

The average state and local combined sales tax in California is 8.5 percent, according to a recent report by the Legislative Analyst’s Office[3]. The lowest rate of 7.5 percent predominates in rural counties, while the highest rates are in urban areas. Residents in eight cities in the Bay Area and Los Angeles County are currently paying a 10 percent sales tax because their counties have received exemptions from the 2 percent cap.

“AB464 is about local control and flexibility,” said the bill’s author Assemblyman Kevin Mullin[4], D-San Mateo, on the Assembly floor May 14. “It gives local voters the ability to raise revenue to fund important public services, including transportation, public safety and libraries. This bill is crucial, because if just one city in a county reaches the [2 percent] cap, then the entire county is precluded from having voters raise any additional taxes, hindering key transportation projects or attempts to enhance public safety. 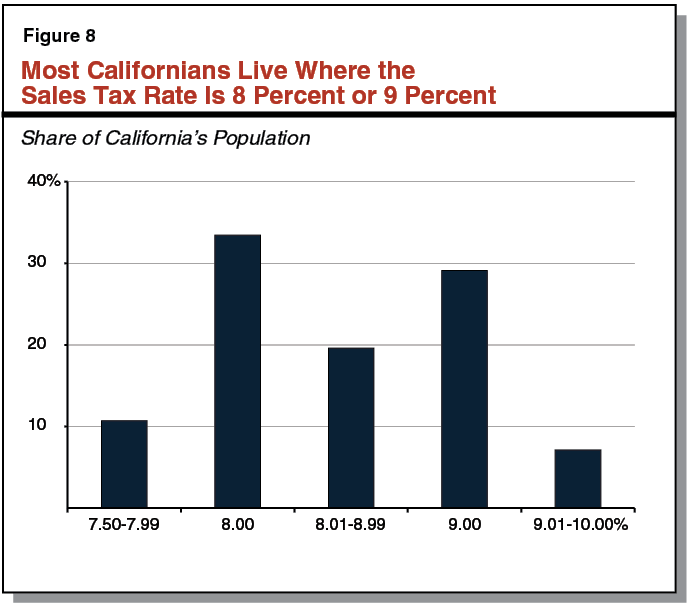 “As a result, a flurry of legislation has been signed into law creating individual cap exceptions across the state. AB464 reduces the need for this one-off legislation by lifting the cap statewide. Please join me in granting voters the ability to raise sufficient revenue to fund public services locally in California.”

There was no debate on the bill, which passed along party lines 45-31. It’s supported by California’s counties and their transportation commissions along with government employee unions.

The California Taxpayers Association issued an opposition “floor alert” on the bill that was signed by numerous business and local taxpayer organizations. It states that “California already has the highest sales and use tax rate in the country,” and provides three arguments against raising the cap:

California’s sales tax brought in $48 billion in 2013–14. About half of it goes to the state government’s general fund, making it the second largest general fund source after the income tax, which accounts for two-thirds. One percent of the sales tax goes to cities’ and counties’ general funds; the rest is aimed at specific programs such as public safety and transportation. 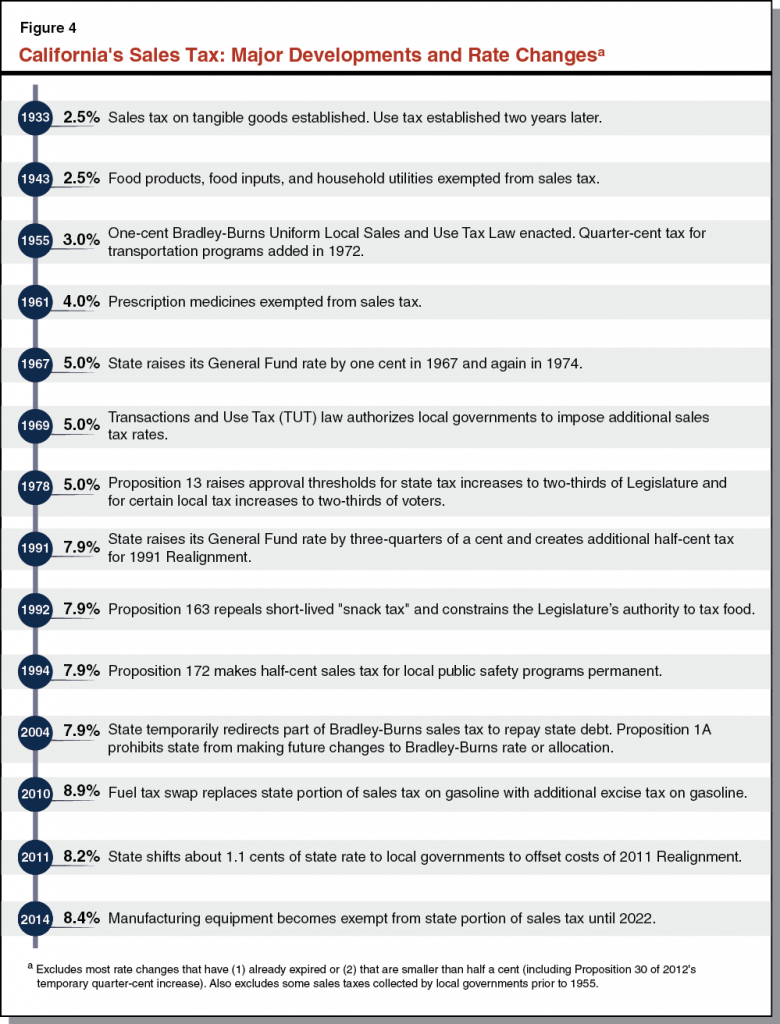 The statewide sales tax rate began at 2.5 percent in 1933. Although the tax rate has tripled since then and its revenue has increased at a 7.3 percent annual rate, the sales tax has actually decreased as a share of total state revenue. “In the 1950s, the sales tax accounted for the majority of General Fund revenue, while the personal income tax contributed less than one-fifth,” the LAO report said. “Since then, personal income tax revenue has grown rapidly due to growth in real incomes, the state’s progressive rate structure and increased capital gains.”

In 1969, cities and counties were granted the authorization to pass their own sales tax increases, mostly benefiting transportation improvements.

Although not nearly as volatile a revenue source as the income tax, revenue from the sales tax can vary significantly depending on the state of the economy. In 1974-75 sales tax revenue increased 22 percent, but in 2008-09 it declined 10 percent. Overall, however, adjusting for increased rate changes, inflation and population, sales tax revenue has remained roughly constant per capita since 1970–71, according to the LAO.

AB464 will next be considered by the Senate Rules Committee.