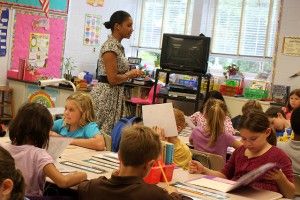 [1]On Thursday, the California Assembly Appropriations Committee voted to hold Assembly Bill 753[2], in effect killing the bill for this legislative session.

AB753 is authored by Assemblyman Jose Medina, D-Riverside, and would expand the scope of the tenure system to teachers working in small school districts, as well as certificated employees working in non-teaching positions. Employees of school districts and county offices of education with more than 250 average days of attendance would only have to be employed for two consecutive years and be re-employed for a third year to qualify for permanent employee status.

Preliminary analysis of the bill from the Appropriations Committee revealed this bill would have an effect on at least 17 county offices of education and 250 school districts in California.

The California Teachers Association wrote in support of the bill:

“Under the Education Code, permanent employees can only be terminated for just-cause or as part of a layoff. Unfortunately, several classes of certificated education employees have been inappropriately denied permanent status based on the need to create fiscal solvency or in anticipation that the need for services into the future was insecure; there are currently systems in place to appropriately reduce staffing if needed. AB753 will remedy this situation treating all certificated education employees with dignity, respect, and professionalism.”

However, the statute is technically unconstitutional based on the landmark Vergara[3] decision by a California Superior Court.

“AB753 flew in the face of the Superior Court ruling in Vergara and defied all logic by seeking to expand the very system the court found to be unconstitutional and harmful to California’s students and teachers,” wrote Students Matter Policy Director Ben Austin in a press release[4]. “We thank Committee Chair Jimmy Gomez and members of the Appropriations Committee for listening to the will of California voters and the state’s court system. This vote is a watershed moment for the California Assembly — standing up to the most powerful special interests and with the vast majority of California parents, children and educators who want ‘kids first’ change.”

A recent poll from USC Dornsife and L.A. Times demonstrate[5] that Californians “take a dim view of teacher tenure” and many believe[6] that “teachers receive tenure much too quickly.” Another poll from Teach Plus found[7] that most teachers “highly value tenure but strongly support making tenure a more performance-based, professional benchmark.”