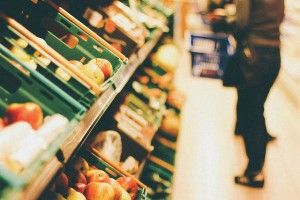 [1]If you purchase a grocery store that is going out of business because its employees have not provided good customer service and sanitary conditions, should you be required to hire those same employees? The answer is yes, according to Assembly Bill 359[2], which recently passed the state Assembly.

AB359 places a number of mandates on the purchaser of a grocery store that is larger than 15,000 square feet:

The bill’s author, Assemblywoman Lorena Gonzalez[3], D-San Diego, argued on the Assembly floor May 26 that it’s important to preserve California jobs in the face of corporate takeovers:

“When Wall Street-style mergers, private equity firms and leveraged buyouts hit the grocery industry, a high number of jobs are put at risk, wages are reduced and workers are fired. It’s unsustainable for many of our communities.”

“Historically, these are some of the last good-paying middle-class jobs that have played an important role in our communities. They are jobs that can’t leave California, they can’t be outsourced to another country. They are part of the backbone of our very communities. I think we should respect our grocery workers.”

Two Assembly Democrats spoke in favor of the bill.

“We know that such firms don’t always have the best interest of workers in our local communities at heart. So I think this bill is an important check to protect middle class jobs.”

“Folks, we all say we are all in support of protecting middle-class jobs and stopping the erosion of good-paying jobs in California. We have the opportunity to do that just here. And we have the right and the ability here to stand up for these workers that depend on their jobs and sustain for their families. Let’s send a message to our communities that we back up the workers that enjoy benefits, access to health care, proper hours and the opportunity to sustain their families.”

“Sometimes we have to push public policy to ensure the retainment of jobs in California. I think this bill does exactly that, protecting the opportunity for workers to stay employed until the company has the opportunity to make the proper assessment in order to make a permanent hire. I cannot afford for Imperial County to continue to see rising unemployment rates for this state.”

The bill was opposed by nearly every Republican Assembly member, several of whom spoke in opposition. James Gallagher[6], R-Nicolaus, noting that most grocery stores are not owned by private equity firms, is concerned that the employment mandate will hurt small business owners.

“When we discussed this in Judiciary Committee, one of my concerns was this would impact a lot of small and family-owned grocery stores in the state,” said Gallagher. “At least part of when you take over a new grocery store is that that store wasn’t doing well. You’re trying to keep it alive in the community moving forward, so you need to make personnel decisions. This could inhibit that.”

Gonzalez responded that family-owned grocery stores tend to be smaller than 15,000 square feet and would not be affected by the bill.

“But even if they did [own a larger store], they would simply be required to maintain a workforce for 90 days,” she said. “After which time, as long as they gave them a good shot and allowed them to apply for a job, they could say no to every single one of those employees. It’s a cushion, it is not a mandate.”

But Assemblywoman Shannon Grove[7], R-Bakersfield, argued that the employment provisions would lead to litigation and punitive penalties under a portion of the state’s labor code known as the Private Attorney General Act[8]:

“You have to make personnel decisions, decisions on making a grocery store succeed or survive or any business,” Grove said. “PAGA’s a hot issue because we have lot of trial lawyers in the state of California who are abusing PAGA under modern extortion with the protection under the law.

“But in this particular situation, if you have an employee who stays on 90 days and the successor grocery stores chooses not to hire them, they will have 33 days to cure it. Meaning 33 days to change your mind or ‘I will sue you.’ It’s just a law that creates an unfair burden on all of the employers, especially if they are trying to salvage companies that are in a transition.”

“Bottom line is this: if you’ve got a workforce and at the end of that 90-day period you fire them all, there is not a lawyer in this state that would not salivate at the opportunity,” he said. “It does not matter if, for example, you’ve got a store, your neighborhood is changing, perhaps more of our Hispanic constituents are moving into the neighborhood, and you would like to reflect the change and hire those workers in your new establishment that perhaps is catering to that demographic.

“You cannot, under this bill, respond to that demographic change and make the necessary changes in the workforce. Because there will be lawyers lined up out your door waiting to hired by every one of those workers.

“And we up here, because we are so much smarter than they are and know better than any one of our individual business owners, are saying, ‘No, you can’t do that.’ Well, we are not smarter and we shouldn’t be saying that. We should say no instead to this bill and allow our business owners on the ground to respond to our constituents on the ground, rather than pretend that we up here know better.”

Gonzalez dismissed the concern that her bill will lead to litigation abuse under the Private Attorney General Act.

“This is not new. There are not lines of attorneys lining up to sue these agencies or the grocery stores in the five cities that have already passed this. This is in fact less litigation-happy than a lot of the bills that we pass through here.”

The California Chamber of Commerce[10] issued a floor alert[11] calling AB359 a “job killer” and charging that the bill:

The bill will next be considered by the Senate Rules Committee.