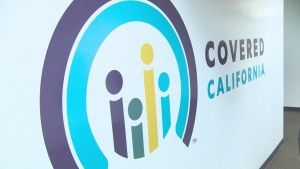 [1]“This issue of making health care affordable is not easy.” It probably wasn’t what Peter Lee, executive director of Covered California, hoped to announce[2] in the exchange’s second year. But the remarks came on the heels of a new survey showing that many Golden Staters are not seeing the kind of sweeping relief anticipated from the Affordable Care Act.

The Kaiser Family Foundation poll, taken in December of last year, added another piece of discouraging data to an increasingly daunting pile. “Forty-four percent of exchange policyholders surveyed said it’s somewhat or very difficult to afford their premiums,” the Los Angeles Times reported[3], “compared with 25 percent of adults who had employer-based or other private health insurance.”

Analysts paid close attention to the figures for two reasons. First, they contributed to the growing perception that Covered California — one of the nation’s biggest, most important and most successful exchanges — is now on a path toward underperformance.

Second, as the Times noted, the numbers will foster an intensified debate between the exchange and the insurance companies on premium rates for the new year. “Many analysts are predicting bigger premium increases for 2016 in California and across the country. Insurers have more details on the medical costs of enrollees, and some federal programs that help protect health plans from unpredictable claims will be winding down.”

As California’s struggles have reflected the even greater challenges faced by other failed or failing exchanges, policymakers and regulators have turned to consider how to sidestep disaster. One notion that has attracted attention — possibly in Gov. Jerry Brown’s office — is an exchange merger.

“The idea is still only in the infancy stage,” reported The Hill. “It’s unclear whether a California-Oregon or New York-Connecticut health exchange is on the horizon. But a shared marketplace — an option buried in a little-known clause of the Affordable Care Act — has become an increasingly attractive option for states desperate to slash costs. If state exchanges are not financially self-sufficient by 2016, they will be forced to join the federal system, HealthCare.gov.”

The idea would be that a state with a failed marketplace could offer a surge of enrollees and revenue to a state with a struggling marketplace. Intuitively, the arrangement would tend to cluster smaller states around larger ones, effectively extending the insurance regimes of the former to the latter.

In part, The Hill observed, states have turned to the merger idea because federal law requires their exchanges to be financially self-sustaining if they wish to avoid joining the federal exchange. But states have also been pressured by the King v. Burwell case currently pending at the Supreme Court, where the legality of federal subsidies for states without their own exchanges is on the line.

“Most Republican state leaders have avoided talking about how they would respond to a decision against the use of subsidies on the federal exchange,” according to The Hill. “Behind the scenes, however, many are anxiously contacting states that run their own exchanges.”

Perhaps paradoxically, legislators in Sacramento have responded to the climate of uncertainty surrounding California’s exchange and the broader exchange system by pushing for expanded coverage, including to unlawful immigrants.

Under the terms of a new bill, SB4, successfully advanced through committee by state Sen. Ricardo Lara, D-Bell Gardens, “the undocumented will be able to buy health insurance on the Covered California exchange, always providing that the federal government authorizes it, but they will not automatically benefit from Medi-Cal, the state medical subsidy, however low their annual incomes,” according[4] to Fox News Latino.

As the policy shifts play out, at least some news analysts have raised a key side issue: just how experts and lay readers are supposed to confidently assess just how well or poorly Covered California is doing.

In a recent essay, Trudy Lieberman at the Columbia Journalism Review noted[5] that the exchange has frequently put forth different measures and metrics by which its success might be judged. Sometimes, the standard has been total enrollees or new yearly enrollees. Sometimes, it has been the renewal rate, the number of Californians covered through the exchange itself, or, “simply, the overall rate of uninsured adults across the state[.]”

Coverage of the exchange’s fortunes, Lieberman observed, “has largely followed the lead set by the exchange. The result is coverage that has too often been reactive, short on enterprise, and with missed opportunities to ask some necessary questions. Covered California may ultimately have a success story to tell — but it will need to face some sharper skepticism before we can be sure.”