California eases back on gun legislation 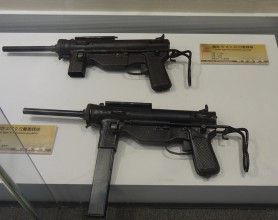 If you have to ask, probably banned

Guns are once again being targeted by California lawmakers this year, though the pace of anti-weapons legislation, seemingly on automatic for decades, has ebbed.

In previous sessions, you could scan for bills and come up with at least 100 that mentioned the word “weapon.” A search today yields 33 such bills, though the number could grow by the end of session in the fall.

Last week, a measure[2] advanced that would bar concealed weapon permit holders from bringing their firearms to school and college campuses without permission from the school. The bill moved through a bipartisan Senate committee and on to the state Assembly.

Other bills regarding weapons include:

Meanwhile, the courts are sorting out lingering issues from earlier legislation.

Those include a challenge to a requirement that gun owners in San Francisco keep their firearms stowed in a lock box in their homes, or disable them with a trigger lock, unless they’re physically carrying them[7]. The U.S. Supreme Court was scheduled last week to consider a review of a lower court ruling against the plaintiffs, who sought to repeal the policy.

And of course there’s the “smart gun” bill[8] from 2013, which would require owner-specific, microstamping technology on guns so that only the owner of the weapon could fire it. The requirement is on hold pending the outcome of a federal lawsuit[9] from a gun rights group. The state prevailed in the lower courts, and the case is now on appeal.

California has some of the nation’s most restrictive gun laws, requiring background checks on all gun sales and banning a growing list of assault weapons — an issue explored in detail recently by the pro-gun rights site guns.com[10].

In recent years, crime in the Golden State has fallen while gun sales have exploded.

[Related: Banned guns not the ones used in crimes][12]

Regardless, some could say the state’s firearms policies are working.

A report[13] by the state’s Department of Justice noted that from 2012 to 2013, “every violent and property offense category decreased in number and rate per 100,000 population.”

The crime rate has dropped before, as in 2010 when the statistics were trotted out[14] and Gov. Brown said that “crime remains a serious problem in California, and law enforcement officials at every level must redouble their efforts to ensure public safety.” Even back in 2006, the state had relatively low levels of crime, ranking 14th in the U.S. for violent crimes[15].

Some have pointed to the firearm prohibition laws as the reason for the drop.

“At a domestic level, California is a prime example of legal reform curbing gun violence,” wrote Isaac Saidel-Goley in a report[16] in February at the American Constitution Society for Law and Policy’s Harvard chapter. “Over the past 20 years, California – along with a few other states, including Massachusetts and New York – has pioneered the domestic implementation of gun control by passing laws enacting widespread firearm regulation, including banning assault weapons and high-capacity magazines, prohibiting individuals from openly carrying firearms in public, prohibiting domestic violence abusers from acquiring firearms, and establishing numerous firearm safety standards.

Gun advocates, however, credit the increase in weapons purchased[17], a theory advanced in the 1998 book by academic John Lott, More Guns, Less Crime.[18]