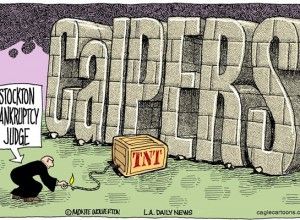 The battle over California’s out-of-control public employee pensions could soon move from the courtroom to the ballot box.

A bipartisan group of pension reform advocates, led by former San Jose Mayor Chuck Reed and former San Diego Councilman Carl DeMaio, recently filed a statewide initiative for the 2016 ballot that would give voters a direct say on pension benefits. Dubbed the “Voter Empowerment Act of 2016,” the initiative would amend the state constitution to require voter approval of any new defined benefit retirement plans and place a 50 percent cap on government subsidies of retirement benefits provided to government employees.

“California’s politicians have chosen tax hikes and draconian service cuts to divert taxpayer money for unsustainable and indefensible government pension payouts, which is exactly why we must empower voters with this initiative to get reform done,” DeMaio said in a press release[1] announcing the measure.

In recent years, pension reform measures at the local level have been repeatedly stymied by the courts. After San Jose voters overwhelmingly approved a pension reform plan authored by Reed, a judge overturned the measure for violating the “vested rights” of public employees.

Under what’s been called the “California rule,” public employees have a constitutional right[2] “not only to the amount of public employees’ pensions that has been earned by past service, but also to employees’ right to keep earning a pension based on rules that are at least as generous for as long as they stay employed.”

Last year, Ventura County taxpayers gathered thousands of signatures for a pension reform measure to have the county opt-out of the current defined-benefit system and replace it with a new 401k style plan. However, Ventura County District Court Judge Kent Kellegrew ruled that voters couldn’t vote to leave a pension system[3] created by the state. 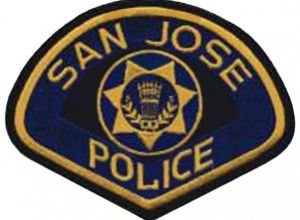 “This court concludes that the initiative process cannot be used for such a process,” the Ventura County decision stated[4].

That decision spurred Reed and DeMaio’s measure, which explicitly grants voters the power to decide pensions.

“State and local politicians, government agencies, and courts have blocked common-sense efforts to address this financial crisis,” the measure states. “Consequently, the need to empower voters and clarify their rights with respect to compensation and retirement benefits for government employees is a matter of statewide concern.”

The four major provisions of the proposed state constitutional amendment, which would take effect in 2019, include:

With those provisions, governments would default to 401k style plans that would not require voter approval.

By engaging voters in the pension decision-making process, the group hopes to contain the state’s growing pension liability. Proponents of the “Voter Empowerment Act of 2016” point to independent numbers[5] which show the state’s pension liabilities have increased 3,000 percent in a decade. Last November, then-State Controller John Chiang (now state treasurer) pegged the state’s total unfunded pension liability from 130 public pension systems at $198 billion, a dramatic increase from just $6.3 billion in 2003.

“The cost of public employee pension benefits continues to skyrocket across California, crowding out funding for important services such as police, fire, schools and road repairs,” Reed said.

Before the measure can make the ballot, it must clear the ballot title and summary phase. Last year, while DeMaio was preoccupied with his campaign for Congress against Rep. Scott Peters, Reed unsuccessfully tried to qualify a similar statewide pension reform measure. However, that effort stalled during the qualification stage over a dispute with Attorney General Kamala Harris over wording for the title and summary.

In addition to clearing the title summary hurdle, the proposed constitutional amendment will face intense opposition from hundreds of thousands of public employees affected by the measure. The law would apply to all state and local government agencies, including special districts, counties, cities, school districts and both state university systems. Employees are prepared for a fight.

“It’s exactly what we expected,” Steve Maviglio, a prominent Democratic consultant said, according to CalPensions.com[6]. “It’s fraught with flaws, potential major implications for both existing and future employees and will likely result in years of litigation.”

The full initiative is available here[7].