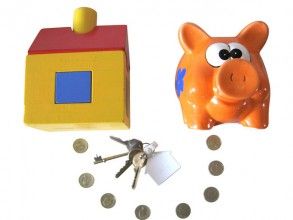 “We’re here to talk about SCA 5, new legislation that will finally reform our commercial property tax system and make it fair,” said[3] Sen. Mitchell, during the announcement of the new legislation. “We have large corporations and wealthy commercial property investors that have used loopholes in the law to avoid paying their fair share. We have large, multi-billion dollar corporations that actually have a competitive advantage over smaller start-ups simply based on when a property was purchased. In short, we have a few businesses that are benefitting from far lower taxes than their neighbors and competitors. That’s what this legislation is all about.”

The bill authors stressed[4] that SCA 5 “would finally make California’s property tax code fair by assessing commercial and industrial properties at their market value, after a phase-in period.” They also stated the legislation would “provide significant tax relief for businesses, protect homeowners and renters from any changes to their property tax status, and create strict new accountability measures for new revenues.”

“This legislation will address flaws in Prop. 13 that have allowed a minority group of wealthy corporations and commercial property owners to dramatically lower their tax bills and shift that responsibility onto homeowners and renters,” said[5] Senator Hancock in a prepared statement. “Our homeowners are now being asked to pay the vast majority – 72 percent – of property taxes, while the commercial side pays only 28 percent. In 1978 when Prop. 13 passed, each paid about 50 percent. That’s not fair, and it has strained the community services our residents rely on.”

Other legislators are not so impressed.

“I am disappointed, but not surprised, that the majority party would introduce legislation to weaken Prop. 13. This assault on California’s most important taxpayer protection measure not only threatens to raise taxes on struggling small businesses, but the net effect would be higher prices for consumers and fewer jobs for hardworking families,” Assemblywoman Young Kim, R-Fullerton, said in a statement.

“There will be a ripple effect. Small businesses will be hit hard by this tax increase. They may pass on the cost to California families or take the loss and see if they can survive.

“What California families need are good paying jobs, not new taxes on small businesses. Increasing taxes on employers by $9 billion dollars annually will mean less money to hire and retain workers. Taxing small businesses will not raise anyone’s wages, will increase consumer costs, and is likely to drive businesses out of the state.”

Teresa Casazza, president of the California Taxpayers Association and co-chair of Californians to Stop Higher Property Taxes, said in a statement, “SCA 5 is an attack on property owners, and just by being introduced it sends a damaging signal to anyone thinking of starting a business in or moving a business to California. Lawmakers introduced more than $132 billion in new taxes and fees in the current legislative session and SCA 5 would only add to that unfathomable number.”

In May, the Public Policy Institute of California released[6] survey results regarding the issue of changing Prop. 13 and moving towards a “split-roll” tax on property, defined as “taxing commercial properties according to their market value while leaving limits on residential property taxes intact.” As Joel Fox noted[7] in a previous CalWatchdog story, “50 percent of likely voters favored the proposal while 44 percent opposed.”

A different poll from the California Business Roundtable released in June revealed[8] that over 72 percent of all Californians would approve Prop. 13 in its totality if it were to be voted on again. Only 21 percent of the respondents were interested in changing to a split-roll tax on property.

SCA 5 requires a two-thirds majority vote in both legislative houses before it can be placed on the 2016 ballot. Two split-roll ballot initiatives have been voted on in the state of California — Prop. 8 in 1978 and Prop. 167 in 1992 — but both propositions failed.

The legislation has since been referred to the Senate Governance and Finance Committee.