On Monday, the California Legislature passed a $117 billion state budget on a 52-28 vote, meeting the June 15 deadline to send the bill to Governor Jerry Brown. The Legislature’s version of the budget allocates $117 billion in expenditures and sets aside $5 billion in reserves. Crafted by Democratic legislators on a conference committee, the budget proposes $2 billion more in spending and $3.2 billion more in projected revenue than Gov. Brown’s May Revise. 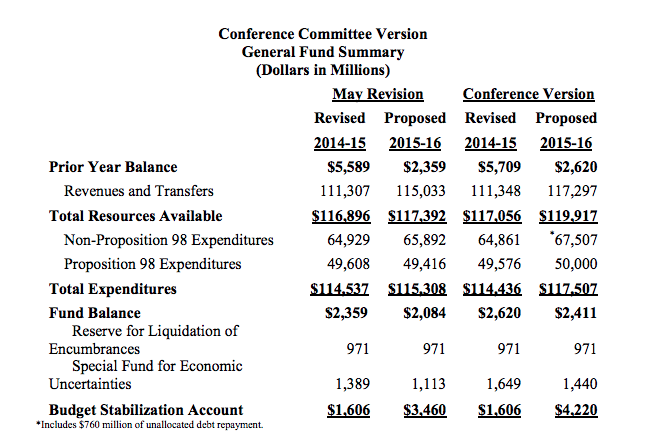 Democrats in Sacramento praised the approval of a “balanced” and “on-time” budget. A prepared release from Assembly Speaker Toni Atkins, D-San Diego, says Assembly Bill 93, the budget bill, will “pay down debt, build reserves and restore funding to schools.” 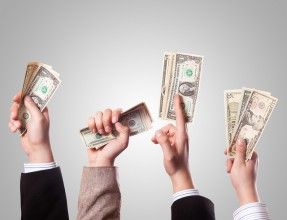 [2]“I want to thank our Budget Chair, Dr. Shirley Weber, our subcommittee chairs, the members of the Budget Committee and our conferees for performing an incredible amount of work, which is shown in the budget we voted on today,” said Speaker Atkins. “The stability from the years of hard choices gives us an opportunity that has been rare in recent years – the chance to focus on a budget that builds a stronger and brighter future for the people of California.”

Assemblyman Mike Gipson, D-Carson, released the following statement on the passage of AB93:

“I’m proud to support a balanced budget that prioritizes education, health care, and poverty reduction in California. By strengthening social programs to assist the disadvantaged, such as early education and the Earned Income Tax Program, more Californians will have the freedom to follow their own path to success and happiness. This budget will also help create healthier communities by restoring funding cuts to critical Medi-Cal programs. … Overall, these policies outline the virtues of a society concerned with creating the broadest opportunities for all of our citizens.”

Democratic legislators highlighted the importance of investment in the Earned Income Tax Program, health care and Medi-Cal, state education at all levels of learning, public safety, child care and other programs. Senator Tony Mendoza, D-Artesia, said the budget “reflects the Legislature’s priorities of investing in the people of our great state … while paying down the state’s long term debt and setting aside more resources for our rainy day fund.”

But Republican legislators fear the budget does not do enough to meet the needs of California’s unfunded pension and retiree health care liabilities. 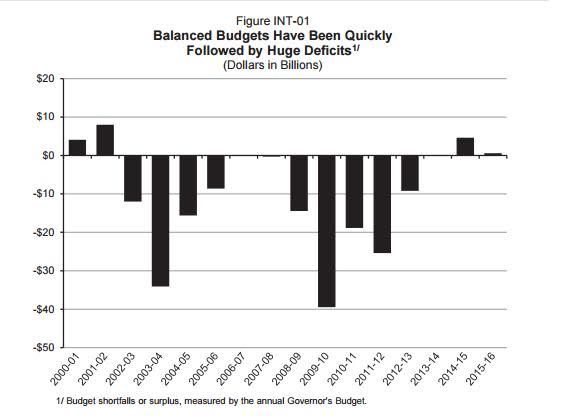 Senator John Moorlach, R-Costa Mesa, said on the Senate floor that the budget “departs from Governor Brown’s call for fiscal restraint” and does not “make a dent in our $72 billion in unfunded retiree medical costs, or the over $100 billion [plus] in unfunded pension liabilities.”

Senator Patricia Bates, R-Laguna Niguel, said the budget “gives a false sense of security to Californians.” Despite providing more resources for education, “it creates new and additional spending in other areas, which is simply unsustainable” and “may lead to higher taxes.” Her release continued:

“The undeniable fact is that this budget would spend a record $269 billion, which is $15 billion higher than last year’s budget. It also promises money that may never materialize as it assumes that the state will receive $3 billion more than what Governor Brown believes we will receive. That’s why he has not agreed to this budget. He recognizes that it repeats the foolishness of relying on rosy economic projections.

“Governor Brown has governed during times of both boom and bust, and I hope he will resist the urge to live beyond our means. By paying down more debt and smartly investing in top priorities such as education, we can avoid major problems down the road and secure a healthier future for all Californians.”

The Republican vice chairs of the Assembly and Senate budget committees, Assemblywoman Melissa Melendez, R-Lake Elsinore, and Senator Jim Nielsen, R-Gerber, also sent[4] a formal letter to the governor, calling the proposed budget a “political exercise” and saying adoption of the budget would be “fiscal malpractice”:

“The needs of the state are great and the urge to spend is strong. As you have noted, however, a moderate economic downturn could cut state revenue by $40 billion over three short years. In assessing the health of the state’s economy, economists have suggested that California is not even prepared for a moderate recession. While our work to build a Rainy Day Fund is commendable, the Fund is only projected to have a $3.5 billion balance as of next summer. We should not delude ourselves into believing that $3.5 billion would be sufficient to smooth the effects of a significant economic tremor.”

The estimated[6] revenue for the general fund in FY 2015-16 according to the Gov. Brown’s May Revise is $113.3 billion, which is less than the Legislature’s proposal to spend $117 billion and save $5 billion.

Gov. Brown and the Legislature will continue to negotiate and work out any discrepancies until the beginning of the fiscal year on July 1. The proposal now goes to the governor to sign and approve.