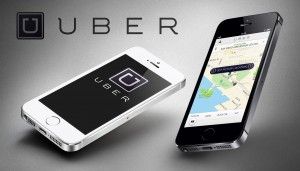 [1]Navigating the choppy regulatory waters of America’s 50 states just became more difficult for Uber. The fast-growing startup that has roiled the taxi and livery industry was dealt an adverse ruling by the California Labor Commissioner’s Office. As the New York Times reported[2], the CLC found that a onetime Uber driver should have been “classified as an employee, not an independent contractor.”

The initial damage to Uber was minimal. The ruling applied to one person, not an entire class, and because Uber immediately appealed, it has not yet had to change the way it does business. Nevertheless, Uber’s business model has been thrown into greater legal question than ever — along with potentially many similar startups. In recent years, the success of the non-employee model has flourished across so many sectors of the economy that “Uber for (fill in the blank)” has become a running joke in tech and media circles.

The CLC did not hesitate to raise broader questions about Uber’s business practices. “While Uber has long positioned itself as merely an app that connects drivers and passengers — with no control over the hours its drivers work — the labor office cited many instances in which it said Uber acted more like an employer,” according to the Times.

In a portentous remark making the rounds online, the CLC said[3] Uber was “involved in every aspect of the operation” performed by its service, not a “neutral technological platform” that allows “drivers and passengers to transact the business of transportation.”

That language had the power to hit Uber where it hurts — not in the regulatory field, but in the pocketbook. “Uber’s vast business and multi-billion dollar valuation fundamentally depends on its assumption that drivers are independent contractors, and not employees,” observed[4] a staff writer at Slate. “When drivers are treated as contractors, they carry the bulk of the company’s operating costs. Uber drivers are required to pay out of pocket for everything from gas to insurance to routine car cleanings and maintenance. It adds up fast.” If Uber must bear even a portion of those costs, driving down its profit margins and growth potential, the market’s reaction could be substantial and adverse.

Adding to the uncertainty, however, was the biggest regulatory question raised by the ruling: can the Golden State’s Uber drivers unionize? “They already have an interest group, the California App-Based Drivers’ Association,” as Business Insider noted[5]. “And the group has met with the Teamsters Local 986 in El Monte, California.”

Last August, Business Insider continued, the Teamsters complained that “Uber management flatly refused to sit with members of CADA’s steering committee, and privately stated that it does not, and will not recognize any association that seeks to speak on behalf of drivers” — actions which, the Teamsters said, caused CADA to reach out “for organizational and lobbying assistance.”

A string of setbacks

The CLC’s ruling quickly helped cement the sense that the regulatory tide may be turning against Uber nationwide. Earlier in the year, Reuters reported[6], a state agency in Florida ruled Uber drivers to be employees. Earlier this month, “Uber lost a bid to force arbitration in a federal lawsuit brought in San Francisco by its drivers. Earlier this year, the same U.S. District Court rejected Uber’s bid to classify its drivers as independent contractors, saying a jury would rule on their status.”

Ironically, Uber and other rideshare services like Lyft had just scored a legislative victory in Sacramento. “After the companies began rolling out a feature allowing multiple passengers to split their fares and be dropped off in different destinations,” the Sacramento Bee reported[7], “the California Public Utilities Commission said state law would need to be tweaked to allow the option. Assembly Bill 1360 responds to that directive, drawing support both from the companies and from a range of environmental groups. It passed 69-0.” But another bill that would mandate background tests and drug tests for drivers has cleared two committees to date, the Bee added.