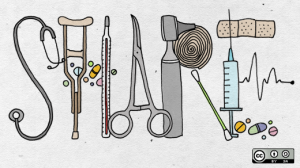 “In an attempt to cover its high costs, Obamacare raised taxes on medical devices, which destroys jobs, hampers investment and innovation, and threatens the development of and access to medical technology that seniors, American families, and our most vulnerable rely on. On several occasions now, the House has passed bipartisan bills repealing this widely unpopular tax, though the President has threatened another veto. I hope today’s bipartisan vote, which included the support 46 Democrats and every single Republican present, will make the President reconsider.”

Rep. Mimi Walters, R-Calif., also praised the passage of H.R. 160, noting that California “is home to more than 1,500 of the estimated 6,000-plus medical devices companies in the nation.” In a press release, she said:

“The medical device tax, which falls on businesses creating life-saving medical equipment like pacemakers and heart valves, hurts California more than any other state. Within my district, companies such as Edwards Lifesciences have been hit particularly hard by Obamacare’s medical device tax. As the only country in the world that levies an excise tax on medical device companies, we cannot continue to unfairly punish U.S. innovators and consumers who rely on these life-saving products. Republicans and Democrats alike agree, it’s time we repeal the job-killing medical device tax once and for all.”

Democratic Rep. Loretta Sanchez, who recently announced her candidacy to run for U.S. Senate in 2016, also cast a vote in support of repealing the medical device tax.

Despite bipartisan support in the House, the White House has already threatened to veto the bill. “Its repeal would take away a funding source for financial assistance that is working to improve coverage and affordability and would increase the Federal deficit,” the White House said in a statement.

According to the Congressional Budget office, the seemingly innocuous 2.3 percent medical device excise tax would have generated[2] over $24.4 billion in tax revenues over the 2015-2025 period.

The Advanced Medical Technology Association said[3] the tax has “put an additional burden on medical device innovators already struggling under the weight of America’s uncompetitive tax system” since it is “levied on medical device sales in the U.S. regardless of whether the company is making a profit.”

But the Center on Budget and Policy argued[4] otherwise, saying that the industry lobbyists distort tax’s impact:

If H.R. 160 is enacted, resulting in a loss of more than $20 billion in federal funding, the Pay-As-You-Go Act of 2010 would go into effect, requiring Congress to “offset the cost of repeal by increasing other taxes or reducing spending.”

The bill now goes to the Senate for consideration.