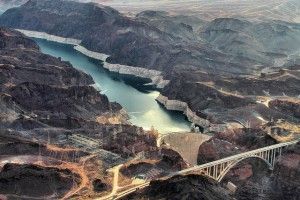 Improvements to and modernization of water storage capabilities in California and the rest of the U.S. will be made easier thanks to new legislation introduced in the House.

Last week, Congressman David Valadao, R-Calif., introduced H.R. 2714, dubbed the “Dam Authorization, Maintenance and Safety Act,” or DAMS Act, which would authorize the secretary of the interior to conduct evaluations to repair dams and evaluate increases to water storage capacity.

Current law under the Reclamation Safety of Dams Act of 1978 dictates[2] that the Bureau of Reclamation can only repair and modify dams when problems are identified from “new hydrologic or seismic data” or when actions are “deemed necessary for safety purposes.” This limiting language prevents the secretary of the interior from authorizing additional assessments of dam facilities unrelated to the qualifying issue. Thus, as a legislative summary of H.R. 2749 noted[3], “repairs or modifications resulting from normal deterioration or lack of maintenance are prohibited.”

H.R. 2749 addresses this restrictive policy by allowing the secretary to “evaluate multiple corrective actions following the SEED process.” The secretary would also be given authority to “evaluate multiple project benefits, including, but not limited to, additional conservation storage capacity, if the additional project benefits promote more efficient management of the facility and the costs associated with the activity are agreed to in writing with the projects proponents.”

Democratic Congressman Jim Costa, one of 16 cosponsors of H.R. 2714, said[6] in a press release that increasing storage capacity of dams in California is “crucial”:

“The additional authorities given to the Secretary under this bipartisan legislation will ensure that California is better equipped to combat future droughts,” continued Costa. “While we are still working to find short-term solutions to bring much-needed water to the Valley, this bill is critical if we are to develop long-term storage solutions to fix our broken water system.”

Rep. Costa also noted that an expansion of San Luis Reservoir could “increase storage capacity by between 130,000 acre-feet to 400,000 acre-feet, with increased annual yield between 43,000 acre-feet to 71,000 acre-feet.” This is just one example of the many improvements that can be made to California water storage facilities.

H.R. 2749 was introduced on June 12 and has since been referred to the House Committee on Natural Resources.