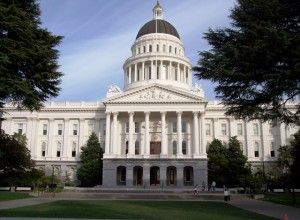 The state’s college accreditation process, which reviews academic standards at public and private colleges, could soon undergo a review of its own.

A bill working its way through the Legislature would open up the accreditation process for California community colleges to ensure greater transparency and require more consistent application of academic standards. Assembly Bill 1397 by Assemblyman Phil Ting, D-San Francisco, would require community college accreditation meetings to be open to the public, force accreditation teams to adopt new conflict of interest guidelines and ensure that sanctioned colleges have a clear path to appeal their cases.

“We need education to be the great equalizer in our society but that role is compromised when education standards are enforced unfairly, arbitrarily, and in secret,” Ting said in a press release[1]. “We need these reforms to end abuses of power from our accreditor. Sweeping change is needed that put the needs of our students first.”

Technically, anyone can start their own college or university in California. However, education officials limit federal student aid[2] and scholarship funds to accredited schools.

“Accreditation is the recognition that an institution maintains standards requisite for its graduates to gain admission to other reputable institutions of higher learning or to achieve credentials for professional practice,” the U.S. Department of Education explains on its website[3]. “The goal of accreditation is to ensure that education provided by institutions of higher education meets acceptable levels of quality.”

Neither the state nor federal education departments directly handle accreditation, rather independent non-profit entities, often consisting of college professors and administrators, step in to review colleges. That makes the accreditation process an almost quasi-governmental function: the review, which is mandated by law, is frequently guided by public employees, but is formally governed by the guidelines and rules of a private organization.

Consequently, California’s 112 community colleges are dependent on accreditation by the Accreditation Commission on Community and Junior Colleges to receive state funds. If a community college is not granted a seal of approval by the ACCJC every six years, it loses most of its funding. In recent years, the ACCJC has come under fire from the California State Auditor, the U.S. Department of Education and a California Superior Court for its practices. 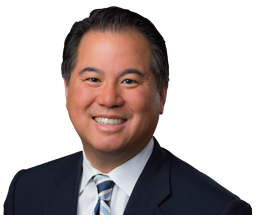 Critics of the accreditation process say that officials use their non-profit status to evade public scrutiny and enforce their demands on public colleges.

In 2014, the Bureau of State Audits published its audit of the accreditation process, which had been requested by the Joint Legislative Audit Committee. According to a legislative analysis[4], the audit’s findings included:

The audit was driven in part by the ACCJC’s controversial decision in 2013 to revoke City College of San Francisco’s accreditation[5]. Its accreditation team found CCSF deficient in a dozen areas, ranging from seemingly trivial issues such as failing to “revise the college’s mission statement” to serious questions about the college’s ability to accurately report financial information.

Yet, the ACCJC’s decision-making itself raised questions as students, faculty and even members of the media were excluded from the committee meeting to decide the college’s fate.

“Accreditation should be about protecting our needs while going to college to get ahead,” said Shanell Williams, who served as a student trustee at City College of San Francisco. “When accreditation decisions are made in secret, our voices are silenced and our futures are put at risk.”

CCSF’s accreditation ultimately led to litigation, which concluded with Superior Court Judge Curtis Karnow ruling that ACCJC broke the law. Among the court’s findings: The committee failed to adequately address conflicts of interest by commissioners, did not include enough academics on its site visit and violated federal regulations on accreditation.

“The state has the authority to regulate accreditation processes, and the recent CA Superior Court verdict confirms this fact,” wrote Timothy Killikelly[6], president of the American Federation of Teachers, Local 2121, the union of professors at City College of San Francisco. “AB1397 proposes reasonable reforms to the community college accreditation process to ensure that the values of fairness, objectivity, consistency and transparency guide accreditation procedures.”

Those problems led Ting to introduce AB1397, which he says will “bring the community college accreditation process into compliance with state and federal laws.” Specifically, the legislation will:

Ting’s legislation has received support from educators that have long sought reforms to the accreditation process.

“The accreditation process should ensure that the ACCJC is basing their decisions on accurate information,” said Mike Claire, president of the College of San Mateo, who has experience with the college accreditation review process. “Thus, our system of peer-based accreditation should welcome transparency in the decisions regarding the accredited status of our community colleges.

He added, “Ironically, what we ask of our students in the classroom and of our colleges is neither encouraged nor desired by our accreditor when assessing a college to ensure it meets accreditation standards.” 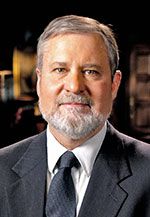 Earlier this month, the bill passed the state Assembly on a 61-18 vote[7], with a majority of Republicans opposed. Although California Republicans are largely opposed to Ting’s accreditation reforms, conservative-leaning higher education institutions could ultimately be beneficiaries of a more transparent college accreditation process.

Hillsdale College, a private college in south-central Michigan, has shunned all federal funds – including financial aid and grants – to secure its independence. That independence is currently being threatened by the college accreditation process.

“In the ’60s the federal government designated them (independent accrediting agencies) as the pathway to eligibility for the federal money,” Larry Arnn, president of Hillsdale College told the Wall Street Journal[8]. “None of that means beans to us, but now the accrediting agencies are living under standards the Department of Education gives them.”