CA Medical Board in new flap over painkillers 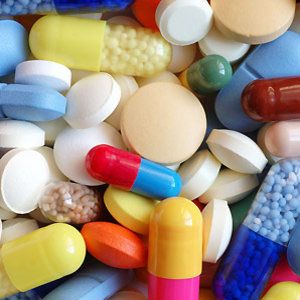 The Medical Board of California[1], which licenses physicians and responds to complaints about incompetence or misconduct, suffered an extraordinary rebuke in 2013 after legislative hearings exposed poor follow-through in responding to allegations that some doctors had a dangerous history of overprescribing pain pills. The Legislature passed and Gov. Jerry Brown signed a bill that moved [2]the Medical Board’s investigative staff to its parent agency, the state Department of Consumer Affairs. The hope was this would lead to new professionalism and responsiveness.

Legislators considered scrapping the Medical Board entirely, then settled for a less punitive approach. But concern about how the state agency operates is once again back in the news, and the focus is once again on its leaders’ attitude about painkillers. The Los Angeles Times has details[3]:

An Orange County doctor accused of gross negligence in the care of two patients who fatally overdosed on drugs he prescribed has been placed on probation by the Medical Board of California.

Van H. Vu, who owns a busy pain clinic in Huntington Beach, agreed not to contest the board’s accusation, to take classes in prescribing and record keeping and to submit to an outside practice monitor for five years. In exchange, the board allowed Vu to keep his license and continue prescribing potent painkillers.

This has rekindled the complaints made in 2013 that the Medical Board is too sympathetic toward doctors accused of wrongdoing and not concerned enough about public safety.

Doctor linked to more than a dozen overdose deaths

A 2012 investigation of Vu by the Times showed a pattern of practice that dumbfounded independent medical authorities:

Terry Smith collapsed face-down in a pool of his own vomit.

Summer Ann Burdette was midway through a pear when she stopped breathing.

Larry Carmichael knocked over a lamp as he fell to the floor.

Jennifer Thurber was curled up in bed, pale and still, when her father found her.

Karl Finnila sat down on a curb to rest and never got up.

These six people died of drug overdoses within a span of 18 months. But according to coroners’ records, that was not all they had in common. Bottles of prescription medications found at the scene of each death bore the name of the same doctor: Van H. Vu.

After Finnila died, coroner’s investigators called Vu to learn about his patient’s medical history and why he had given him prescriptions for powerful medications, including the painkiller hydrocodone.

Over the next four years, 10 more of his patients died of overdoses, the records show. In nine of those cases, painkillers Vu had prescribed for them were found at the scene.

Avoids ‘uncertainty of a trial’

An official with the American Association of Pain Medicine condemned Vu in 2012, saying his prescription practices were grossly inappropriate and reflected an ignorance of the danger of such drugs as Oxycodone.

It’s not clear how much weight such observations carried with the Medical Board in deciding Vu’s punishment earlier this month. But the agency’s spokeswoman defended its light sanctions as serving the public’s interest “by avoiding the expense and uncertainty of a trial.”

“It makes the resolution faster,” spokeswoman Cassandra Hockenson told the Times. “We still have the upper hand. He will be watched very, very closely. … If he deviates one iota from these probationary requirements, revocation is back on the table.”

The Vu case could rekindle interest in the Legislature in making changes to the Medical Board. But it is uncertain who would lead such a campaign. The two state senators who led the push [4]for the 2013 reform measure are no longer in Sacramento. Curren Price was elected to the Los Angeles City Council and Ted Lieu was elected to Congress.

The Vu case could spur yet another push to increase the state’s 30-year-old cap of $250,000 on non-economic damages in medical malpractice cases.

California voters, however, have backed the cap — most recently last November, when state voters rejected[5] Proposition 46, which would have made big changes in the 1975 law.