CA Board of Education sides with teachers union on school funding 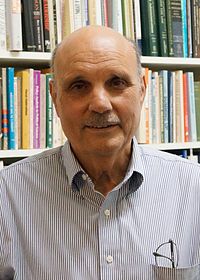 The State Board of Education, led by Gov. Jerry Brown’s longtime ally Michael Kirst (right), has decided to back up state Superintendent of Public Instruction Tom Torlakson’s interpretation of a key state education reform, the 2013 Local Control Funding Formula Act. Brown and Kirst are so close — having worked together since 1974[1] — that this is the effective equivalent of the governor’s direct endorsement.

The 2013 measure guides additional dollars to districts with high concentrations of English-learner students, foster children and impoverished families, altering the funding formulas that have driven disbursement of state dollars for decades. Even before the reform became law, reform groups warned the funds will be steered into operating budgets and used to pay for raises for teachers orchestrated by their powerful unions.

A January Legislative Analyst’s Office report [2]surveyed 50 California school districts, including the 11 largest, on how they were handling LCFF moneys. The LAO concluded that some districts were better than others, but that not one district had adequate safeguards.

In February, the Fresno County Office of Education formally asked the state Department of Education for guidance: Could broad raises be given with the additional funding?

Bureaucrat for tough standards, but his boss isn’t

The midlevel bureaucrat who responded in April — Jeff Breshears, administrator for the Department of Education’s Local Agency Systems Support Office — said that could only happen in unusual circumstances. The California Teachers Association strongly disagreed, as Edsource reported[3]:

The Local Control Funding Formula was created to give maximum flexibility to school districts, and that includes creating competitive salaries to reduce teacher turnover, said Claudia Briggs, communications assistant manager for the CTA.

“We believe the law is clear: The money can be used to attract and retain quality teachers in the classroom, to lower class sizes and to restore programs that were cut,” said Briggs. And she said the CTA disagrees with the education department’s position that districts cannot use supplemental dollars for across-the-board raises if fewer than 55 percent of the students are English learners and low-income children.

“All control dollars are sent with no strings attached to suit the best needs of students. So if the percentage is below 55 percent, districts can absolutely still use those funds” for pay raises, she said.

After Brashears’ memo [4]became public knowledge in recent weeks, Torlakson overruled his subordinate and said the funds could be used for broad teacher raises if districts could make the case that this would help English-learners and the other struggling students the LCFF was meant to assist. 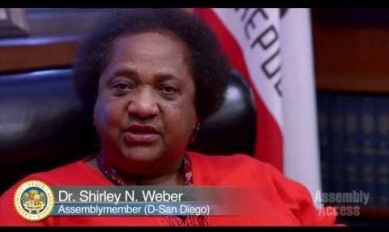 None of this sits well with a liberal second-term Assembly member who has already tangled with the Democratic Party establishment on teacher tenure and rules on how police body cameras can be used. In a statement published [5]on the Union-Tribune’s website, San Diego’s Shirley Weber expressed frustration with Torlakson’s interpretation. Here are excerpts:

While teacher salaries are of great importance, supplemental and concentration grants are intended to achieve greater equity in our educational system by improving education outcomes for low-income students, English language learners and foster children. The Superintendent’s correspondence makes no connection to more equitable outcomes and use of those funds for salaries. Lowering the burden of proof for salary increases only further exacerbates circumstances that the poverty supplemental and concentration grants are intended to mitigate. …

The Legislature’s intent was clear when it enacted LCFF and the State Board reinforced this intent when it adopted regulations that these supplemental and concentration dollars were to “increase or improve” services and be “principally directed” to low income students, English learners and foster youth. Significant investments have already been made towards LCFF and an effective mechanism has yet to be implemented to actually track how these supplemental and concentration resources are being invested. There must be no ambiguity about who should benefit from these investments.