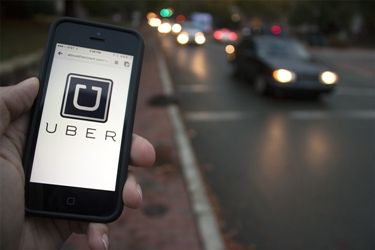 The ruling of the California Labor Commission last week that an Uber driver is an employee of the company — not a contractor — prompted national and international reaction from economists and other close observers of the growing “sharing” economy.

The reactions ranged from praise for improving treatment of Uber drivers to alarm about the perceived stifling of a booming new niche industry to a third camp which described the California decision as being less important than most believed. Here’s a sampling.

A New York Times analysis [1]framed the ruling as being a pivotal moment for labor in the 21st century:

Companies like Uber and its rival Lyft, and Instacart, a grocery delivery service, have long faced questions about whether they are creating the right kind of employment opportunities for both the economy and for workers. The technology companies have contended that their virtual marketplaces, in which people act as contractors and use their own possessions to provide services to the public at the touch of a smartphone button, afford workers flexibility and freedom.

Yet labor activists and others have said such roles — with people working as freelancers and having little certainty over their wages and job status — are simply a way for companies like Uber to minimize costs, even as they maintain considerable control over drivers’ workplace behavior . …

The classification of freelancers is in dispute across a number of industries, including at other transportation companies. And the debate is set to escalate as the number of online companies and apps like Uber and others rises. Venture capitalists have poured more than $9.4 billion into such start-ups — known as on-demand companies — since 2010, according to data from CB Insights, a venture capital analysis firm, spawning things like on-demand laundry services and hair stylists.

”For anybody who has to pay the bills and has a family, having no labor protections and no job security is at best a mixed blessing,” said Robert Reich, former secretary of labor and a professor of public policy at the University of California, Berkeley. ”At worst, it is a nightmare. Obviously some workers prefer to be independent contractors — but mostly they take these jobs because they cannot find better ones.”

Concern that it will inhibit tech startups

But in Media Nama, a popular English-language website focusing on India’s tech economy, writer Riddhi Mukherjee worried [2]about the implications of the California ruling were it copied worldwide:

[Many online] services started of as startups [sic], and the option to bring on board contractors and vendors to provide the service on the ground allowed them to become an Uber or Flipkart. If the California Labor Commission ruling were to become binding, and if online services that act as Intermediaries are forced to directly employ all contractors/vendors, then startups with limited capital will not be able to enter similar businesses. Competition will decline, smaller merchants will find it difficult to find buyers, and they will be negatively impacted.

One writer for the Silicon Beat blog [3]was similarly concerned:

The California Labor Commission ruled that Uber drivers are employees, proving that the agency knows nothing at all about technology. If this ruling becomes the standard government reaction to companies that engage in the sharing economy, there will be no sharing economy of which to speak. …

Granted, the commission is quick to point out the ruling only applies to Berwick and isn’t “policy.” But you can bet every Uber driver will be gathering Jiffy Lube receipts at this point and filing a similar claim. You can also bet that courts and other labor commissions will be looking at cases like this.

Well, if Uber drivers are “employees,” one can make the argument they are owed benefits, insurance, and all other things that usually apply to a full-time employee. If everyone who is a major participant in the sharing economy is considered an “employee,” the business model simply doesn’t work.

But a labor law specialist interviewed by Atlantic Online challenged [4]the idea that the California ruling would have a clear, dramatic effect.

Sam Estreicher, a professor of labor and employment law at NYU School of Law says that while the ruling is important, the fate of Uber and other ride-sharing companies and their contractors and employees may be decided more slowly, on a state-by-state basis, and hinge heavily on the interpretation of labor laws within those jurisdictions. In some places that may mean finding a midway point between employee classification and the current policy, which largely absolves the company of responsibility for its drivers.

Estreicher says that beefed up regulations that bring the companies into compliance with similar, non-sharing-economy companies in each state might be a plausible solution.