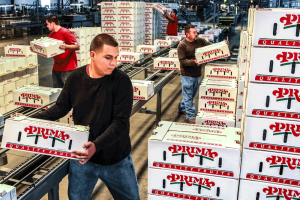 In a turnabout for California’s storied history of migrant labor, Latino field hands are fighting to get the United Farm Workers, the union that carries on the legacy of founder Cesar Chavez, out of their lives and pockets.

If the workers prevail, they would deprive the UFW of thousands of members, not to mention a bounty of union dues, and send a powerful anti-union message nationwide.

But they could well lose. The union appears to have the support of putatively impartial state labor referees who have not hidden their pro-union sympathies. And with more than half of its official membership at stake in the dispute, the union has plenty of incentive to fight after decades of decline.

At issue is 2013 balloting aimed at decertifying the union as the legal representative of the roughly 5,000 laborers at Gerawan Farming, the nation’s largest peach grower[2].

An administrative judge for the state’s Agricultural Labor Relations Board (ALRB) is expected to issue a decision any day on whether to count the ballots, which have been locked in an agency safe, or destroy them.

The union says vote tampering and intimidation spoiled the ballots.

The state board, mandated to safeguard farmworker rights, investigated the claims but found no substantiating evidence on which to act. Even so, the board’s Office of General Counsel has led a legal battle to destroy the ballots instead of counting them.

“It’s California’s version of the old South’s Jim Crow laws, to keep uppity Latino farmworkers in their place,” says Silvia Lopez, 39, a Mexican-born field laborer who is fighting to save and count each vote. Lopez was brought to California by her parents when she was 3. In recent years she has gathered petition signatures and held meetings to protect the farmworkers’ right to decide for themselves whether to be represented by a union.

“We just want the right to choose. We make more money and have better benefits without a union, by working with our employer,” Lopez says. The union has alleged that Lopez is a tool of her employer, but courts have found no merit to the accusation.

By law, the Agricultural Labor Relations Board must be impartial between employers and unions in defending the rights of farmworkers. State judges who have presided over hearings and civil trials in the dispute have been critical of the board. A superior court judge criticized the board in 2013 for being “in cahoots” with the union. Last month, a three-judge appeals court found[4] that the union had abandoned the Gerawan workers for more than 17 years, failing to represent them, until it “suddenly reappeared on the scene” in 2012.

After its return, the union demanded a contract requiring the workers to pay 3 percent of their pretax wages or lose their jobs. The union, Lopez said, offered nothing in return.

Her main complaint with the union, which many of her colleagues shared, is that it did nothing for them in the nearly two decades after their predecessors voted to certify the UFW as their collective bargaining representative.

Located in the San Joaquin Valley, near Fresno, Gerawan has about 9,000 acres under cultivation in three principal locations. The workers pick and pack apricots, grapes, nectarines, peaches and plums.

Gerawan and Lopez say that the base pay for field workers is $11 an hour, or $2 an hour more than the California minimum wage. More highly skilled laborers can earn twice as much. Lopez says that workers at three nearby farms who are represented by the UFW earn less than minimum wage after the union deducts its dues.

Lopez and her daughters circulated petitions to ask the labor relations board to host a vote among Gerawan farmworkers to decertify the absentee union as their legal representative.

The board’s top lawyer, Sylvia Torres-Guillen, has replaced long-serving civil service attorneys with activists loyal to the union in the nearly four years since she was appointed general counsel by Gov. Jerry Brown.

She also moved to take advantage of a 2003 law empowering the board[5] to force union contracts on employers and employees if they are unable through mediation to come to an agreement.

“The state and the union are working together to force the union on us,” says Lopez. A three-judge state appeals court unanimously agreed in May, and struck down that provision[6] of the law as unconstitutional. Torres-Guillen’s office said it plans to appeal.

Gerawan attorneys and farmworkers who have been involved with litigation against the ALRB say they expect the administrative judge, Mark Soble, to order the ballots destroyed. Gerawan’s attorney said the company is expecting a decision at any time.

Transcripts show that Soble presided over a series of hearings about the Gerawan case, in which Torres-Guillen’s attorneys and the union attorney seemed to act as co-prosecutors against Gerawan Farming employers and anti-union employees.

Searches of social network sites show board attorneys to be die-hard union supporters. Facebook pages feature photos of board lawyers wearing union badges and shirts and participating in the union’s street protects. Others show board lawyers, including Torres-Guillen, hugging the union lawyer and a union organizer in a thumbs-up celebration[7].

Silas Shawver is the board’s regional director in Visalia, near Fresno, and has been Torres-Guillen’s point man on the Gerawan dispute. Asked about a photo showing him wearing a union shirt, Shawver said, “If that thing exists, it was a long time before I ever worked for the ALRB, and I don’t know that I ever had a UFW T-shirt.”

Asked whether the board’s attorneys can be impartial, Shawver said, “What do you mean by impartiality?”

In 2013, according to court records, Shawver alleged that hundreds of signatures on petitions for a vote on the union were forgeries and that Gerawan had coerced the workers into signing. Lopez came back with more than 2,900 signatures. By this time, both Gerawan and farmworker Lupe Garcia had filed separate lawsuits against the board to prevent it from imposing a union contract on them.

Shawver’s conduct prompted California Superior Court Judge Jeffrey Y. Hamilton Jr., to call the board’s motives into question.“It almost seems like it’s in cahoots” with the union, Hamilton told Shawver at an August 2013 hearing. He chided the board lawyer: “You have a responsibility, unlike an advocate for one side, to bring out all of the evidence, not just evidence that is supportive of the union. And it appears to the Court that’s what you’re doing.”

Asked if the “union activists who have been hired as ALRB attorneys” present a conflict of interest that might compromise the impartiality of the board, Torres-Guillen said, “Oh, I don’t see that at all.”

Court records and news reports from the summer and fall of 2013 show that board lawyers threw up roadblocks to prevent the decertification vote. When the three-person ALRB board in Sacramento overruled its lawyers and permitted the vote to take place in November 2013, Lopez and others say, Shawver supervised the board staffers to herd 600 workers aside on voting day. They also prevented some workers from casting ballots after the union alleged that the “real” workers had been fired and Gerawan had hired new workers under false identities to tilt the outcome. 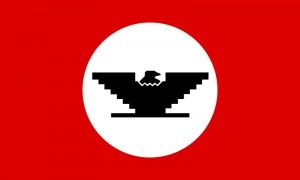 After the election, the board collected the ballots but refused to count the votes. Its lawyers have sought since then to destroy the ballots. The board’s proposed budget shows that the agency asked for more money through 2016 for its work on the Gerawan case. The board will have spent $7.5 million through 2016 to investigate and litigate the case, equal to about $3,000 per ballot cast, according to an analysis by the Sacramento-based firm MB Public Affairs commissioned by Gerawan Farming.

“The UFW can double its membership overnight if the ALRB counts the employees’ ballots and find that a majority want the union,” said Dan Gerawan, co-owner of Gerawan Farming. “I suspect both believe the union will lose that vote, which is why they are trying to destroy the ballots.”

After Soble issues a recommendation, the matter goes to the full board.

The board, however, is no rubber stamp. Gov. Brown surprised supporters and opponents alike last year when he vetoed legislation that would have given the general counsel more power. He also named an internationally-renowned labor lawyer and scholar, William B. Gould IV, to chair the board. Previously, Gould served as chairman of the National Labor Relations Board in Washington.

Gould, in decades of academic and legal writings, has supported the right of workers to vote on whether they want to be represented by a union. That principle puts the 79-year-old Gould, at the twilight of a distinguished labor career, at loggerheads with the activist attorneys he leads but does not command.

Earlier this year, Gould led the three-member board to limit some of the general counsel’s expanding powers, requiring “case specific authorization” from the board before seeking injunctions against allegedly unfair labor practices.

ALRB board members did not respond to requests for comment. The board’s Acting Executive Secretary, Paul M. Starkey, said it is the board’s policy not to comment “on pending matters before the board for decision or matters in litigation.”

J Michael Waller is an investigative journalist with the American Media Institute. [9]