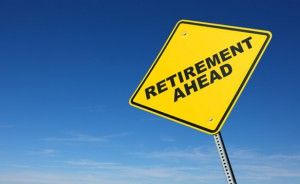 [1]The struggle over reforming California’s public pension system has been taken up a new notch. Given the poor track record of past efforts to reform pensions on the statewide level, a bipartisan alliance of former municipal leaders, including ex-San Jose Mayor Chuck Reed and ex-San Diego councilman Carl DeMaio, has shifted its strategy away from regulatory conflict, toward the preferences of voters themselves.

“Reformers have backed statewide initiatives before,” as U-T San Diego columnist Steven Greenhut noted[2]. “But titles and summaries issued by the attorney general have been criticized as biased. Voters who sign petitions tend only to read those short descriptions, so biased ones can be the death knell. Reformers even attempted a county-by-county approach, but the first test case, in Ventura County, was kept off the ballot by a judge.”

As the San Jose Mercury News noted[3], Reed and DeMaio both “led 2012 campaigns for local measures to trim city retirement plans whose soaring costs were devouring funds for city programs and services. Voters overwhelmingly approved San Jose’s Measure B and San Diego’s Proposition B that year. But government employee unions have leveled legal challenges to overturn them.” The experience inspired the team to introduce a measure that would simply “subject many pension enhancements to a vote of the people,” according to Greenhut. “It applies mostly to new hires — and to every local, regional or state government entity.”

But the simplicity of the approach would lead to potentially dramatic changes in the way California handles the existence of pensions, not just the creeping increases that have long been associated with them. “If the proposed ‘Voter Empowerment Act’ qualifies for the ballot and voters approve it in November 2016, cities across California would need voter approval to continue offering pensions beyond 2019. Otherwise, they would have to offer new employees 401(k)-style plans like those available from private employers,” according to the Mercury News.

In a remarkable provision, a second layer of protection would be added against reversion to the current system. “The initiative also would require voter approval for government employers to pay more than half of the total cost of retirement benefits,” the Mercury News continued. “And it would prohibit government officials from challenging any voter-approved state or local ballot measures regarding compensation and retirement benefits.”

Although local government employment rolls have taken a substantial dip, in the high five figures, pension agreements have ensured that the cost of those employees has continued to rise. “Today, the main pension plans for state workers and teachers in California are about $190 billion short of what workers have been promised in benefits, despite the Dow Jones Industrial Average having nearly tripled in value since its March 2009 nadir,” the Weekly Standard observed[4].

“The cost of government has not declined, nor have continuing budget imbalances made cities, counties, and school districts any more efficient. Rising pension expenditures have left taxpayers in the position of having to, in effect, pay more for past government services while getting less and less in the way of current services.”

Especially in recent years, the tab has grown daunting for many cities. “Pension contributions are among the heaviest costs shouldered by California municipalities,” the Wall Street Journal reported[5]. “California cities are expected to make a total of $5.1 billion in contributions during fiscal 2015, accounting for nearly 7 percent of total revenue, according to the California Policy Center, which analyzed 459 municipalities. Higher contributions often mean cash-strapped cities are forced to cut services or raise taxes to cover the bill.”

The fiscal problems created by pensions have focused national attention around the Voter Empowerment Act, which poses a particularly sharp challenge to certain California unions. “CalPERS relies on contributions from governments to fund worker pensions, and it has argued those retirement benefits are guaranteed by California law and can’t be cut,” the Journal noted.