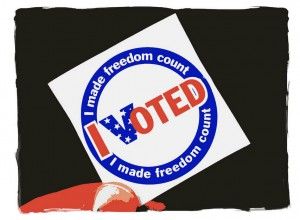 A proposal to make it more expensive to file a ballot measure in California is moving closer to becoming law, worrying both liberal and conservative groups that frequently utilize the initiative process.

Democratic Assemblymen Evan Low of Campbell and Richard Bloom of Santa Monica have proposed a 12-fold increase in the fee charged to obtain a title and summary for a proposed ballot measure. Low introduced the measure after a public uproar over an outrageous ballot measure[1] that proposed a death penalty for gays and lesbians.

“We live in California, the cradle of direct democracy, but we also need a threshold for reasonableness,” Low said in a press release. “Amending laws and making statewide policy is not something that should be taken lightly.”

The bill, which passed the State Assembly in May on 46-28 vote[2], is now quickly moving its way through the State Senate.

Since 1943, any Californian with $200 has been able to obtain the necessary paperwork to begin collecting signatures to put their proposal on the ballot. The reasonable filing fee has allowed average citizens and grassroots organizations to shape the political debate. Often times, the text, title and summary are enough to generate free publicity for an idea, including outrageous and blatantly unconstitutional measures.

Earlier this year, Orange County attorney Matthew McLaughlin paid his $200 filing fee and submitted the necessary paperwork to circulate “The Sodomite Suppression Act.” The proposed initiative would have “put to death by bullets to the head” gays and lesbians as well as banned anyone “who espouses sodomistic propaganda” from holding public office, receiving government benefits or being employed by the state.

Low said that the anti-gay measure inspired his decision to introduce Assembly Bill 1100 to increase the filing fee.

“It’s disturbing to hear that a licensed member of the California State Bar is putting forward a measure that attacks lesbian and gay members in our community,” Low said in a March press release[3] announcing the bill. “But Mr. McLaughlin’s immoral proposal is the just the latest – and most egregious – example of the need to further reform the initiative process.”

Attorney General Kamala Harris refused to grant the measure a title and summary, and instead sought court approval to ignore the initiative. Earlier this week, California Superior Court Judge Raymond Cadei ruled in Harris’ favor[4], granting her the legal authority not to issue a title and summary.

With the court’s ruling to block the measure, one consumer advocacy group says that the filing fee hike is no longer needed.

“While we have reservations about how the court short-circuited the process, its decision made the bill irrelevant,” Carmen Balber, executive director of Consumer Watchdog, wrote in a letter to state lawmakers. “And, unlike the courts, AB 1100 won’t guarantee an end to similar initiatives. But it will stop legitimate citizen initiatives.”

That position was supported by the Los Angeles Times[5], which recently noted in an editorial that “the fee should not be used as a tool to make it harder to file undesirable initiatives.” Yet, despite the court’s ruling, Low is unwavering in his mission to pass a 12-fold increase in the filing fee.

“While the court’s ruling on this egregious initiative proposal is both legally and morally the right action to take, the events bring attention to the need to reform the initiative process,” he said[6]. 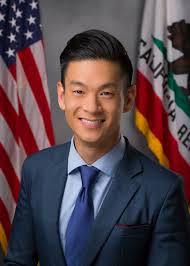 Even before the court’s decision to block the anti-gay measure, groups on both sides of the aisle expressed concerns that a fee increase could limit the ability of average citizens to use the state’s tools of direct democracy.

Consumer Watchdog, one of the most vocal opponents to the filing fee hike, reviewed filing fees[7] for more than two dozen states that have an initiative process. The overwhelming majority have no filing fee, with just five states charging a nominal fee. Currently, Mississippi has the highest filing fee in the country at $500.

“It’s outrageous that the state that birthed direct democracy would charge its citizens an initiative filing fee that is five times greater than the next highest state – Mississippi,” Consumer Watchdog argued in its opposition letter.

The filing fee alone doesn’t put a measure on the ballot. The threshold for qualifying a ballot measure is 5 percent of the total votes cast in the previous gubernatorial election. As a result of California’s record low turnout in last November’s election, that threshold is at its lowest in three decades, but still requires 365,880 valid signatures.

In 2010, a similar proposal passed both houses of the Legislature before it was vetoed by then-Governor Arnold Schwarzenegger. “While well-funded special interest groups would have no problem paying the sharply increased fee, it will make it more difficult for citizen groups to qualify an initiative,” Schwarzenegger wrote in his veto message[8].

This year’s bill will be heard by the Senate Appropriations Committee[9] on June 29.