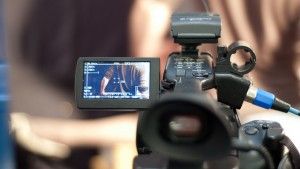 [1]Hollywood could soon reclaim its once-shaky status as America’s production headquarters. After a near panic touched off by a nationwide spending spree on state incentives for film and television production, programs around the country have begun scaling back or shutting down altogether, leaving California in a persistent but much diminished race for the spoils.

The Golden State’s new $330 million incentive program has helped[2] renew confidence that California policymakers won’t give up on staying competitive. But Hollywood owed its regained stature to the apparent exhaustion of its far-flung rivals. “California’s gains appear to be a direct result of a wave of disenchantment with tax incentives that has bubbled over in Maryland, North Carolina, Massachusetts and Michigan, where credits are being rolled back or eliminated,” The Wrap reported[3].

“Four states offered tax credits in 2002, but by 2012 that number was over 40 as legislators anxious to point to job creation and tourism opportunities opened up their wallets. The exodus rocked California’s status as the nation’s production capital, costing thousands of jobs and as much as $9 billion from its economy. Today, roughly 30 states offer incentives, with Arizona, Idaho, Indiana, Iowa, Kansas, Missouri and Wisconsin all ending their programs and others planning to do the same.”

The swing in fortunes has been dramatic and largely unexpected. A few states have dangled larger lures, boosting or expanding programs inaugurated earlier. Kentucky Gov. Steve Beshear signed[4] a suite of incentives into law after losing out in recent years to states with more lucrative offerings. And though Massachusetts, Mississippi, New Mexico, Pennsylvania and other states scattered across the country have maintained various incentives, the shift away from the highly-competitive scene in recent years has been marked.

A stampede in the opposite direction could be in the offing. Amid stalled budget negotiations, Illinois Gov. Bruce Rauner put a freeze[5] on applications for his state’s film tax credit. As Jason Lynch reported[6] at Quartz, Florida’s nearly $300 million allocation in 2010 has petered out years ahead of schedule, touching off a westward production migration:

“Florida’s tax incentives had been expected to last through 2016, but funding has already run dry, and the state once known as “Hollywood East”—in the ’70s and ’80s, it often had the second busiest shooting schedule outside of California—is rapidly losing productions and crew members to other states with more generous subsidies like Louisiana and Georgia, and, ironically, California.”

State Republicans have played a particularly notable role in rolling back incentive programs. In Louisiana, presidential contender Gov. Bobby Jindal divided opinions in his home state by putting an end to its role in the incentives race. New legislation he signed “caps the amount of credits the state will redeem at $180 million each year,” Variety reported[7]. “Industry groups fought the legislation, with some arguing that the restrictions will cause studios to look elsewhere. In fact, Louisiana’s lieutenant governor, Jay Dardenne, who is running for governor, issued a statement saying that the legislation ‘creates unnecessary instability and uncertainty in the industry.'”

Sentiments like Jindal’s have been even more pronounced among Republicans where states have simply run out of money for the relative luxury of a local entertainment industry. In Alaska, a dip in oil revenues prompted state Republicans to shut down their nascent pipeline for film and television production.

“With the state’s budget deficits growing, support for the subsidies waned in the Legislature, and Sen. Bill Stoltze, R-Chugiak, who had opposed creation of the program in the first place, sought its repeal. His legislation passed 14-6 in the Senate and 23-17 in the House of Representatives, largely along party lines with Republicans joining Stoltze in opposition,” according[8] to Alaska Dispatch News.