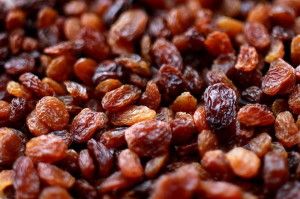 At least one closely split Supreme Court decision seems likely to meet widespread acclaim this term. A 5-4 majority, led by Chief Justice John Roberts, sided with a California raisin grower challenging a New Deal law that had enabled government agriculture regulators to lay claim to roughly one-third of his crop.

The logic behind the Draconian rule traced back to a Depression-era scheme to prevent growers from creating a run on key commodities by slashing prices. Under the regulation, growers were allowed in effect to collude formally on setting prices, with the government stepping in to remove whatever amount of the product therefore couldn’t be sold. “The raisin board had the support of most growers, and its ‘marketing orders’ had the backing of the U.S. Department of Agriculture,” as the Los Angeles Times reported[2].

“The USDA defended the board and said these collective actions helped to stabilize the market and prevent sharp swings in prices. The ‘reserve’ portion of the crop is sometimes sold overseas or is given to schools as part of the school lunch program. Government lawyers said growers like Horne benefited in the end because they obtained higher prices for raisins sold on the open market.”

But as Chief Justice Roberts observed, the transfer of “actual raisins” from aggrieved Fresno grower Marvin Horne constituted a “clear physical taking,” necessitating the “just compensation” provided for so-called “takings” by the Fifth Amendment. The justices agreed almost unanimously that takings applied as much to raisins as to real property. But the court’s four more liberal judges refused[3] to agree that they could decide that Horne merited payback during the years he bucked the system. Marvin and Laura Horne, his wife, first put their feet down in 2003; “when the raisin committee voted to set aside 47 percent of the growers’ crop, the Hornes balked, selling 100 percent of their raisins,” NPR recounted[4]. “The federal government fined them the market value of the missing raisins — nearly $500,000 — plus an additional civil penalty of $200,000.” That fine, the court ruled, also had to go.

Horne’s victory teed up substantial changes in the agriculture industry and beyond. “While part of a long-running challenge to federal regulation of various agricultural markets, the ruling Monday also broadens the government’s responsibilities to private property owners,” McClatchy reported[5]. Marketing orders like the one Horne defied “cover crops from almonds to walnuts,” observed McClatchy, although not all actually “authorize volume control.” Reflecting the arbitrary character of the regulations, other affected crops would include dried prunes, spearmint oil and tart cherries, according[6] to the Wall Street Journal. But the immediate impact could be minimal; dates, for instance, haven’t been subject to seizures like the one affecting Horne since the 1970-71 season, the Journal noted.

Nevertheless, for court-watchers, the decision promised to affect more than just farmers. Both skeptical and supportive analysts, NPR noted, have raised the prospect of future litigation testing the boundaries and limits of the ruling:

“‘The question is how far does this sweep,’ asked Vermont Law School Professor John Echeverria. ‘The FDA seizes adulterated drugs. Is that now a taking? Local government officials take animals away from people who […] mistreat them. Federal law deprives felons of the right to possess firearms. Is that now a taking?’ Echeverria observes that answers to those questions are not even hinted at in Monday’s ruling.

‘I think the court doesn’t provide a lot of answers there,’ agrees University of Chicago law professor Will Baude. Baude, however, praises the decision as overdue.”

The political implications of the ruling, at least, quickly became clear: more jockeying over the federal government’s well-known largesse toward so-called “big ag.” Editorializing in favor of the ruling, the Washington Post framed[7] the stakes starkly. “Today, the Supreme Court deregulated the raisins; it’s up to Congress to liberate sugar, milk, corn, soybeans and all the other commodities still entangled in an outmoded web of regulations and corporate welfare.”