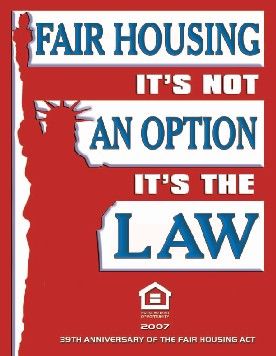 A landmark U.S. Supreme Court decision[1] last week that Texas programs implementing the federal Fair Housing Act have had a discriminatory “disparate impact” on minorities — even if there is no evidence of intent to discriminate in the execution of the law — was overshadowed by the court’s ruling legalizing gay marriage across the nation.

But the decision written by Judge Anthony Kennedy could have profound implications for public education, starting with the Vergara lawsuit in Los Angeles. In that case, Superior Court Judge Rolf Treu ruled [2]last summer that California laws protecting tenured teachers from being fired for incompetence amounted to unconstitutional affronts to minority students’ right to an equal public education because the laws have the effect of funneling the worst teachers to the most troubled schools in poor minority areas. The ruling is being appealed by the state government.

Treu’s decision cited how poorly Latino and African-American students did in standardized tests administered by Los Angeles Unified School District. This reflected the arguments made by the high-powered legal team hired by a Silicon Valley billionaire [3]who represented the students in the Vergara case.

In the fall 2014 “Education Next” reform journal[4], Joshua Dunn of the University of Colorado-Colorado Springs and Martha Derthick, a University of Virginia emeritus professor, considered the implications of Vergara’s success. “Should California’s courts accept the group’s legal rationale, which hinges on disparate-impact analysis, the floodgates could open for litigation calling for even greater judicial control over California’s schools. … Anyone could challenge any law, however neutral in design, with a claim that it was somehow related to an unequal outcome.”

The broadness of this legal argument was bluntly attacked in the state’s appeal[5], which asserted that Treu’s ruling offered “no factual and legal bases” for its conclusion that California’s teacher-labor laws were unconstitutional.

There are two big reasons to wonder, however, if the U.S. Supreme Court ruling will affect the Vergara appeal, which seems certain to end up before the California Supreme Court.

The first is that Texas’ implementation of federal housing laws meant to discourage housing segregation isn’t necessarily an apples-to-apples comparison with California’s implementation of education laws. Treu’s opinion cites Brown v. Board of Education, the landmark 1954 Supreme Court case that led to the declaration that “separate but equal” public schools were unconstitutional.

Texas is accused of implementing a federal law in a way that hasn’t changed historic patterns of racial segregation. California isn’t Texas; it has embarrassing moments, such as this later-invalidated 1964 referendum[6], but it can’t be considered a Jim Crow state when looking at the historical context.

The second is that justices seem to be aware that reducing legal judgments about what is prohibited discrimination to raw numbers detailing what racial groups are doing well and which aren’t is a recipe for legal chaos.

The fear of this being the eventual result led some observers to be appalled by Kennedy’s decision[7]. But others noted that it has escape hatches for future rulings involving “disparate impact.” This was pointed out by law partners and employment law experts Paul F. Hancock and Andrew C. Glass in their analysis [8]for Scotusblog.com.

In describing the requisite pleadings-stage safeguards, the Court relied upon Wards Cove v. Atonio, in which it held that to sustain a disparate-impact case, a plaintiff must identify a specific policy of the defendant and adequately plead that such policy is the cause of the disparity. To distinguish meritless from meritorious claims, the Court directed lower courts to “avoid interpreting disparate-impact liability to be so expansive as to inject racial considerations” into every FHA decision. Thus, the Court held that a “racial imbalance does not, without more, establish a prima facie case of disparate impact,” and that a plaintiff can no longer maintain a disparate-impact claim by pleading a mere “statistical disparity.” Disallowing claims where a plaintiff cannot establish a “robust” causal link to a defendant’s actual policies serves to eliminate suits seeking to hold a defendant liable for alleged racial disparities it “did not create.”