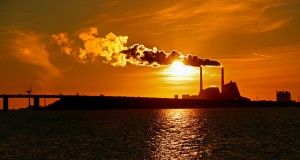 [1]On Monday, the Supreme Court struck down the Environmental Protection Agency’s restriction of power plants’ emissions of mercury and other air pollutants in a 5-4 vote.

The premise of Michigan v. EPA was whether the agency could refuse to consider costs to business in its decision to regulate, based on the appropriateness and necessity after studying public health hazards as a result of power-plant emissions.

According to the EPA website, the Mercury and Air Toxics Standards – “the first ever national limits on mercury and other toxic emissions from power plants” – would have required[2] power plants to use “widely available, proven pollution control technologies to protect families from pollutants.” The EPA estimated MATS would prevent up to 14 premature deaths in California, “while creating up to $120 million in health benefits in 2016.”

Roughly 70 percent[3] of California’s total electricity production comes from power plants located within the state, as well as outside the state but owned by California utilities. Most of our electricity is generated by natural gas and hydroelectric power stations, both of which produce[4] negligible amounts of mercury compounds.

As written in the majority opinion delivered by Justice Antonin Scalia, the actual quantifiable benefits of the new mercury standards, as initially estimated by the EPA, would only be $4 to $6 million per year throughout the U.S. Compared to the $9.6 billion per year costs that power plants would be forced to carry under the EPA’s regulations, the benefits of imposing such standards were questionable, and petitioners, including 32 states, brought the case to the court. “It is not rational, never mind ‘appropriate,’” Scalia wrote[5], “to impose billions of dollars in economic costs in return for a few dollars in health or environmental benefits.”

“When agencies come up with these costly and fickle regulations, they need to consider who will inevitably pay the bill,” Karen Harned said in a prepared statement; she’s the executive director at the Small Business Legal Center for the National Federation of Independent Business. “The EPA does not have the authority to implement hugely expensive new rules without performing the mandatory economic analyses.”

“The mere fact that the EPA wished to ignore the costs of its rules demonstrates how little the agency is concerned about the effects it has on the American people. From its ozone to greenhouse gas to navigable waters rules, the EPA continues to burden the public with more and more costs even as so many are still struggling to get by and improve their lives in this economy.”

The EPA later argued that the range Scalia cited was a low-ball estimate strictly for the mercury-related benefits, not the other ancillary benefits that would have come from reductions in other pollutants, such as particulate matter.

Despite these accusations that the EPA did not consider costs at all during the process of creating the regulation, Justice Kagan argues otherwise in her dissent.

Kagan wrote that the EPA did, in fact, take “costs into account at multiple stages and through multiple means as it set emissions limits for power plants.” Though the EPA declined to analyze costs at the onset of the regulatory process, since the agency “could not have measured costs at the process’s initial stage with any accuracy,” the EPA eventually conducted a cost-benefit study which found quantifiable benefits exceeding the costs up to nine times over – “as much as $80 billion each year.”

The Michigan ruling might also have greater implications on the Obama administration’s overall environmental agenda, which would have included the EPA’s first-ever regulations on greenhouse gases emitted by power plants – expected to roll out later this summer. Politico notes[6], “Monday’s decision indicates a court skeptical of EPA’s aggressive regulatory agenda, throwing into question how the court will react to the virtually unprecedented climate plan.”