How will business lobby influence special session on transportation funds? 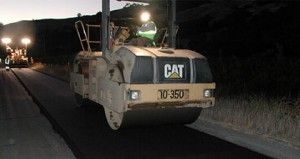 [1]Governor Jerry Brown called special sessions to find permanent revenue sources to fund transportation infrastructure and Medi-Cal. The issue of keeping up with deteriorating roads has been a special concern to the business community and Brown is counting on business help to support a revenue solution for the roads. But is business willing to use its influence with Republican legislators to pass a transportation tax or fee increase of some kind?

Consensus in Sacramento is that the roads are in bad shape and revenue is needed to attack the problem. In announcing the special session, Brown noted that annual available excise fuel revenues for roads are billions short of the revenue needed. Deferred road maintenance requires billions more.

Democratic solutions are focused on tax and fee increases. Discussions have revolved around an increase in the gas tax, vehicle license fee, and per mileage fee, among other ideas. One approach on the tax and fee front is Sen. Jim Beall’s Senate Bill 16[2], which would raise $3.5 billion through a combination of taxes and fees.

Republicans have taken a different approach. Noting that the state budget increased a whopping $7.5 billion over last year, they ask why hasn’t more revenue been dedicated to the roads. Priorities dictate that transportation needs must be cared for so that the California economy can thrive, which in turn would bring in added revenue to the state.

Assembly Republicans issued a nine-point proposal this week that they say could direct $6 billion in existing state funds to transportation infrastructure. Senate Republicans similarly have introduced legislation into the special session to use current state funds for roads.

That’s where the pressure from Republican allies in the business community might come into play.

Business interests in Sacramento have been calling for transportation improvements for a long time. They are concerned that political gridlock would lead to more delay. Business community leaders have expressed openness to tax increases or new funding sources for roads under certain conditions.

California Chamber of Commerce president Allan Zaremberg told the L.A. Times’ George Skelton[3], “If Republicans want to vote for taxes for transportation, I’m absolutely fine with it. I just want to make sure the money is spent on transportation.”

Jim Wunderman, who heads the Bay Area Council, stated, “We’re open to funding ideas on transportation.  Our region is at a standstill.  That said, we don’t have anything specific to work with, so I haven’t asked the members.  But some of the bigger employers are desperate for transportation fixes, given the state of things.”

Business might conceivably try to influence a wider tax discussion when it engages on road taxes. Support the administration in a road-funding scheme while demanding that the administration vocally oppose other tax plans aimed at business currently under discussion such as increased property taxes on commercial property and an oil severance tax.

Like those troublesome dinosaurs in Jurassic World, the tax discussion in the special session may go beyond the fences intended keep them in and focused on the roads.