PUC board dissident has dubious history with PG&E 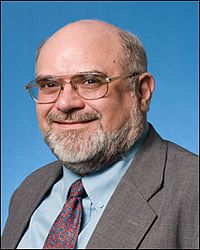 A member of the California Public Utilities Commission board who has attempted to establish himself as a critic of the PUC status quo by criticizing [1]the scandal-ridden[2] agency’s push for a much flatter electricity-pricing tier system could have a tough time selling himself as a reformer.

At last week’s PUC meeting and in recent interviews, Mike Florio depicted the proposal developed by PUC staff, endorsed by PUC President Michael Picker and praised by the state’s electrical utilities as a scheme with hidden motives. Instead of being about fairness for heavy users in hotter inland areas, Florio says its real intent is to discourage homeowners from installing solar panels, which help keep them in the cheapest tier of energy pricing. The PUC will again consider Picker’s plan and Florio’s alternative at a meeting later this summer.

CalWatchdog has covered [3]the maze of politics related to solar power’s growth in the Golden State and reported on utilities’ efforts in some states to actively discourage solar installation.

But Florio’s history of secretly working with Pacific Gas & Electric is sure to hang over any attempt to depict himself as an outside force for change on the state’s utility regulator. A lawyer [4]from Oakland, who once was a senior attorney at The Utility Reform Network[5], said Florio was deeply embarrassed earlier this year by the release of emails showing his chummy, surreptitious relationship with the giant Northern California electricity supplier.

Here are key details [6]from the San Francisco Chronicle’s analysis of 65,000 emails involving Florio and PG&E, with some relating to the fallout from a 2010 pipeline explosion that killed eight and wiped out a San Bruno neighborhood. When the PUC deliberated on what punishment to assess over the San Bruno disaster …

… Florio proposed last-minute language that dropped the idea of slashing PG&E’s 2012 profit, arguing that a profit cut would “send the wrong signal that somehow investing in safety is less important than investments in other aspects of the utility’s business.”

The commission approved the measure, which critics called a “$130 million Christmas gift” to PG&E. …

By January 2014, Florio saw another opportunity to help the company. With a key decision on [a] $1.3 billion rate case looming, [PG&E Vice President Brian] Cherry asked for Florio’s help in getting a particular administrative law judge assigned to hear the case.

Florio called the judge who had been named to the matter “horrible,” and told Cherry in an email, “I’ll do what I can on this end.”

A judge PG&E wanted was ultimately assigned, but when the emails were released, the utilities commission gave the case to a third judge. It has not been resolved.

Florio apologized when his promise became public, saying he had made “some very serious mistakes … in the content and the excessive candor of my email exchanges with PG&E.” He recused himself from voting both on the $1.3 billion rate case and the larger cases related to the San Bruno blast.

PG&E penalty still in the news, still under fire

But the $1.6 billion fine that was ultimately ordered [7]by the PUC in April over the San Bruno tragedy remains controversial. Some of the penalty apparently can be deducted from state taxes that PG&E must pay, prompting attempts at a legislative fix [8]in recent days by two Bay Area state lawmakers.

That’s not the only concern. The $1.6 billion fine is calculated by depicting the $850 million cost of forthcoming PG&E upgrades to its natural gas transmission system as a penalty. Yet the utility had previously acknowledged it was planning to improve the system. This has prompted grumbling in activists’ circles that the PUC was once again coming to PG&E’s aid while portraying itself as coming down hard on the utility.