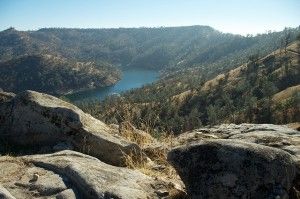 H.R. 2898, authored[2] by California Congressman David Valadao, is backed by the entire California Republican delegation. Titled the “Western Water and American Food Security Act of 2015,” the bill, according to Rep. Valadao’s website, “aims to make more water available to families, farmers, and communities in California and bordering Western states.” The legislation also makes it easier for federal regulators to authorize projects that will increase water capture during periods of greater precipitation, and begin projects that have already been authorized for more than a decade.

“California’s drought has devastated communities throughout the Central Valley and now the consequences are extending throughout the country. Inaction will result in the collapse of our domestic food supply,” Rep. Valadao said[3] in a prepared statement. “Congress cannot make it rain but we can enact policies that expand our water infrastructure, allow for more water conveyance, and utilize legitimate science to ensure a reliable water supply for farmers and families.”

Water agencies throughout the Central Valley also voiced their support for H.R. 2898. Michael Stearns, chairman at the San Luis and Delta-Mendota Water Authority, said[4] he was “heartened by the introduction” of the bill, as it would “provide much needed relief for the people, businesses, and communities” serviced by water agencies.

“Our people are desperate,” said Eric Borba, chair at the Friant Water Authority. “We need solutions that will provide real water for our area, and we need them now.” Many of the Central Valley water agencies considered the bill to be a vital first step in finding solutions and enacting legislation to aid impacted communities in California.

Despite widespread support for the bill, House Republicans are still expecting much backlash from both the Senate and Obama Administration.

House Majority Leader Kevin McCarthy said[5] in a release that, for years, he had offered and supported many solutions that passed the House but were not enacted into law. “This action is unacceptable,” he said, and deemed it imperative to sign into law a water bill “that rebalances the priorities between fish and people and delivers water that our communities have contracted and paid for.”

Text in the bill authorizes “operational flexibility in times of drought” as well as “flexibility for export/inflow ratio.” The legislation also includes mandates for “new science” to be used in the management of endangered fish, such as the Delta smelt.

But these very allocations are drawing resistance from House Democrats and their Senate colleagues. San Rafael Democratic Rep. Jared Huffman summed up the proposal as a “blame the fish” initiative backed by agri-business. According to the Press Democrat, H.R. 2898 would weaken[6] environmental protection by diverting more water from the Delta into Central Valley aqueducts and scrap restoration plans for the San Joaquin River.

The proposal has not yet been introduced in the House. H.R. 2898 has since been referred to the committees on Natural Resources and Agriculture.