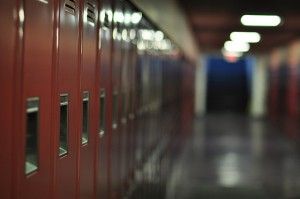 [1]It’s been called “ghost teaching,” and it thrives in California.

Full-time teachers are paid six-figure salaries to work for their union while keeping their school district seniority and pensions afloat. The dual work arrangements are built into union contracts.

“This has been going on for years, and it’s hard to know how widespread it is,” said Larry Sand, who has spotlighted the arrangements at unionwatch.org[2] and heads the nonprofit California Teachers Empowerment Network. “It varies district by district and each contract has to be looked into. … A lot of the time, school board members don’t even know, or they are pressured by the unions to keep a policy in place.”

Built into the contract

As included in the teaching contract[3] at the San Diego Unified School District, “when negotiations with the District are scheduled during working hours, association representatives will be released from work without loss of pay.”

The contract[4] in the Bakersfield City School District provides a full-time leave of absence for the teachers union president to tend to association business: “The president shall be paid in the usual manner as if he/she were a regular employee of the District and shall suffer no reduction in salary.”

And in the Fountain Valley School District in Orange County, the union president can devote one day per week[5] to union business, costing taxpayers up to $22,230 per year, according to unionwatch.org.

A union official who has received dual salaries said the arrangements are helpful.

“There is a lot of mutual benefit there,” said Michela Cichoki. “Some are teaching partners, and so there is a period of release for officers. And a lot of the time they are in meetings with the district, and they are teacher representatives on those committees, representing the teachers.”

In 2012, Cichoki received a pay package worth $242,754 for service as secretary-treasurer of the California Teachers Association[6]. The same year, Cichoki was paid a package worth $118,818[7] from the San Bernardino City Unified School District for her work as a “hearing panel member.”

Cichoki’s case illustrates the complicated formula of reimbursement at the upper levels of the union/school district entanglement.

The union reimbursed the district for her package, although she was allowed to maintain her pension while gone by paying her share from her pocket.

“I was released from the school district while I was at CTA,” Cichoki said. “It’s in the [education] code that we can be released for union work, and the district can ask for reimbursement, and that comes from the union so that no taxpayer funds are paying for it.”

Dean Vogel, past president of the California Teachers Association, received a pay package worth $277,356 in 2012, the last year records are available. In 2013, while serving as president of the state’s teacher union, public records show he received $97,542 for working on “special assignment” in the Vacaville Unified School District[8].

The union may have reimbursed the district for Vogel’s pay package, as in the case of Cichoki. A spokeswoman for the CTA did not return calls.

Union work should be kept separate

Sand blames the local school board members for allowing teachers who should be in the classroom to instead conduct union work on taxpayer time.

“The school boards should be serving the public instead of serving the union,” Sand said.

The dual salary arrangements have drawn legal complaints in other states, similar to the noise being made by the teachers who contend they shouldn’t have to pay union dues that go to efforts they don’t support.

Some teachers also believe their union-connected colleagues shouldn’t be allowed to spend time outside the classroom when their job is to teach.

A lawsuit in Pennsylvania[9] challenges the arrangement in the Philadelphia School District, where up to 63 teachers are allowed to gain seniority, accrue pension benefits and receive insurance, just as they would as teachers, while engaging in union activities.