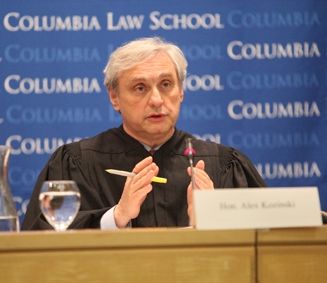 Alex Kozinski, the libertarian maverick judge on the San Francisco-based 9th U.S. Circuit Court of Appeals, is one of the best-known judges in the nation in media and legal circles because of his contrarian[1] streak and his willingness to go his own way[2]. These traits are on display once again in a long essay[3] for the Georgetown University Law Journal that amounts to a harsh condemnation of many of the key presumptions of the U.S. legal system and the behavior of police and prosecutors. Here are the highlights:

“… there are disturbing indications that a non-trivial number of prosecutors —and sometimes entire prosecutorial offices — engage in misconduct that seriously undermines the fairness of criminal trials. The misconduct ranges from misleading the jury, to outright lying in court and tacitly acquiescing or actively participating in the presentation of false evidence by police. …

“[P]rosecutors cannot be held liable, no matter how badly they misbehave, for actions such as withholding exculpatory evidence, introducing fabricated evidence, knowingly presenting perjured testimony and bringing charges for which there is no credible evidence. All are immune from liability. A defense lawyer who did any such things (or their equivalents) would soon find himself disbarred and playing house with Bubba.”

Common assumptions are not true:

“[R]esearch shows that eyewitness identifications are highly unreliable, especially where the witness and the perpetrator are of different races. Eyewitness reliability is further compromised when the identification occurs under the stress of a violent crime, an accident or catastrophic event—which pretty much covers all situations where identity is in dispute at trial.

“In fact, mistaken eyewitness testimony was a factor in more than a third of wrongful conviction cases. Yet, courts have been slow in allowing defendants to present expert evidence on the fallibility of eyewitnesses; many courts still don’t allow it. Few, if any, courts instruct juries on the pitfalls of eyewitness identification or caution them to be skeptical of eyewitness testimony. …

“Innocent people do confess with surprising regularity. Harsh interrogation tactics, a variant of Stockholm syndrome, the desire to end the ordeal, emotional and financial exhaustion, family considerations and the youth or feeble-mindedness of the suspect can result in remarkably detailed confessions that are later shown to be utterly false.”

Police have ample ways to stack the deck:

“Police investigators have vast discretion about what leads to pursue, which witnesses to interview, what forensic tests to conduct and countless other aspects of the investigation. Police also have a unique opportunity to manufacture or destroy evidence, influence witnesses, extract confessions and otherwise direct the investigation so as to stack the deck against people they believe should be convicted. And not just small-town police in Podunk or Timbuktu. Just the other day, ‘[t]he Justice Department and FBI formally acknowledged that nearly every examiner in an elite FBI forensic unit gave flawed testimony in almost all [of the 268] trials in which they offered evidence against criminal defendants over more than a two-decade period before 2000.’

“Do they offer a class at Quantico called ‘Fudging Your Results To Get A Conviction’ or ‘Lying On The Stand 101’? How can you trust the professionalism and objectivity of police anywhere after an admission like that?

“We are committed to a system of harsh sentencing because we believe that long sentences deter crime and, in any event, incapacitate criminals from victimizing the general population while they are in prison. And, indeed, the United States is enjoying an all-time low in violent crime rates, which would seem to support this intuition. But crime rates have been dropping steadily since the 1990s, and not merely in the United States but throughout the industrialized world. Our intuition about harsh sentences deterring crime may thus be misguided. We may be spending scarce taxpayer dollars maintaining the largest prison population in the industrialized world, shattering countless lives and families, for no good reason. …

“The difference in incarceration rates cannot be explained by higher crime rates in the United States. Crime rates here are roughly equivalent to Canada and in many categories lower than other countries. And the crime rate has been dropping in the United States, as in many other industrialized nations. Yet, U.S. sentences are vastly, shockingly longer than just about anywhere else in the world. 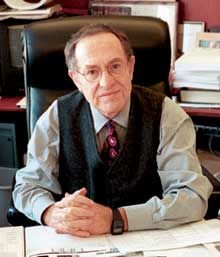 Kozinski’s critique is similar to that long offered by Harvard law professor Alan Dershowitz, who has written for decades about how rampant police perjury[4] — known as “testilying” — has turned the criminal-justice system into a factory where the product is convicts.

Kozinski’s Georgetown piece concludes with several proposed reforms, in particular allowing jurors to directly, personally review evidence and to talk among themselves to try to build a more thorough, rational basis for their decisions on guilt and innocence. But he also touches on the key issue in the massive Orange County scandal that’s now unfolding over the District Attorney’s Office’s questionable use of jailhouse informants:

“In response to a devastating report on jailhouse informants issued by the Los Angeles County grand jury in 1990, the county adopted procedures that required the approval of a committee before informants could be used. The use of informants consequently plummeted.

“Even still, the practice of using jailhouse informants as a means of detecting and perhaps manufacturing incriminatory evidence has continued in California. Serial informants are exceedingly dangerous because they have strong incentives to lie or embellish, they have learned to be persuasive to juries and there is no way to verify whether what they say is true. A man jailed on suspicion of a crime should not be subjected to the risk that someone with whom he is forced to share space will try for a get-out-of-jail-free card by manufacturing a confession.”

National Review had a recent cover story[5] on the Orange County scandal, with the headline, “When District Attorneys Attack.”