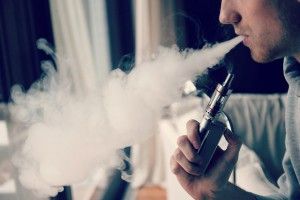 A surprise switch to a bill that would tightly regulate vaping has caused its sponsor to repudiate the legislation.

State Sen. Mark Leno, D-San Francisco, had advanced SB140 confidently, riding a wave of anti-smoking activism that sought to treat vapes, or e-cigs, the same way as traditional tobacco cigarettes in the eyes of the law. But Leno had to renounce his own bill after it transformed in committee. As the Los Angeles Times reported[2], the Assembly Governmental Organization Committee ensured its language “no longer treated the vapor devices as tobacco products that would face the same restrictions.”

“The proposal would have banned electronic cigarettes in workplaces, restaurants and other public places where smoking is prohibited. It would also have allowed sting operations against businesses that sell the vaping devices to minors. Leno said removing the designation of e-cigarettes as tobacco products allows manufacturers of vaping devices to continue marketing their products to minors.”

It was a shocking defeat for anti-smoking advocates, who had not anticipated that the vape industry would be able to secure the amended language it sought. “No committee member moved to take up the modified bill, which was then held in the committee,” the Associated Press reported[3].

Leno’s public remarks reflected his frustration. “We all walk away. It is no longer our bill,” AP quoted him as saying.

“Leno angrily told the committee that he and the bill’s co-sponsors, which include the American Cancer Society, American Lung Association and American Heart Association, would not take part in advancing the diluted bill.”

“I no longer believe in it. I disassociate myself from it. It’s a very dangerous bill now,” said Leno, according[4] to Business Insider. According to Leno, because nicotine comes from tobacco, and e-cigs utilize a liquid that contains nicotine, they ought to be classified as tobacco products. “It’s no small difference of opinion whether these are tobacco products or not,” he argued[5], according to the Sacramento Bee, “because if they’re not tobacco products, Big Tobacco can continue to market their ‘non-tobacco product’ to our children.” Although nicotine is traditionally taken from the tobacco plant, it is also naturally found[6] in trace amounts within the tomato, potato and eggplant.

The about-face on SB140 appeared to augur a broader defeat for the anti-smoking lobby, which had helped build momentum for another sweeping and high-profile piece of legislation. SB151, introduced by state Sen. Ed Hernandez, D-Azusa, was also pulled by its own sponsor.

That bill, which would raise the statewide legal age for purchasing tobacco products to 21, was shelved by Hernandez before a planned hearing, as the Bee reported. “Big Tobacco is following their usual playbook and trying to kill this bill quietly in a committee,” he said, according to the Bee, “though his office said he planned to continue pursuing the measure.”

Although the tobacco industry has favored federal over state-by-state rules on the availability of their products, the vape industry has had bigger concerns than the state of play in Sacramento. As the Wall Street Journal reported[7], the federal Food and Drug Administration has been expected this summer “to complete rules that would require federal approval for nearly all flavored liquid nicotine juices and e-cig devices sold in vape shops,” imposing potentially prohibitive costs on nervous businesses.

“The approval process could cost anywhere from $2 million to $10 million to collect data and put forward an application for each item, according to the regulatory consulting company SciLucent LLC.”

That alone could put a substantial dent in the Golden State’s smaller vape companies — with the much larger tobacco companies moving in instead. Rodney Jerabek, CEO of the California-based liquid nicotine business Five Pawns, told the Journal the expenses were daunting. “This could mean the end for a lot of small companies,” he said.