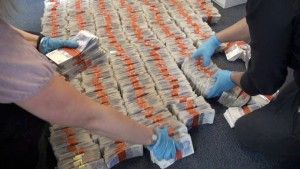 Amid growing national concern over the practice of so-called civil asset forfeiture, bipartisan support has swelled in California to reform the practice, with a new bill poised to add Assembly to Senate approval.

Asset forfeiture, wherein law enforcement retains property or cash seized in the course of an arrest, has come under broad criticism from the political Left and Right.

Predictably, libertarians have trained their political and legal fire on the practice. In an interview with the Wall Street Journal, Institute for Justice attorney Robert Everett Johnson warned that asset forfeiture had short-circuited due process. “People around the country are having their money taken, based on the barest suspicion that they might be involved in some sort of drug offense without ever bringing the case before a jury or convicting them of a crime,” he said[2]. The California ACLU has recently thrown its weight behind legislation reforming asset forfeiture.

But liberals have also attacked its role in civil rights abuses, while conservatives have bridled at its dismissive approach toward property rights — and its increasing use as a source of government funding. At the national level, conservative justice reform groups, such as Right on Crime, have singled out asset forfeiture as a rule of law problem. “Our Constitution is meant to be a shield against this sort of arbitrary and capricious over-extension of government power, but to this point, most states — and the federal government — have very lackluster protections in place,” two Right on Crime supporters editorialized[3] in the Washington Examiner. West Coast conservatives raised the alarm when, in recent months, several California cities were accused of cashing on through asset forfeiture — “at a time of dwindling police budgets, potentially creating pressure on cops to make more seizures,” as the Los Angeles Times reported[4] this spring. 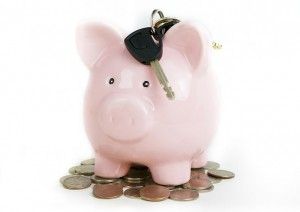 [5]The shift in the political winds has given a boost to SB443, introduced this year by state Sen. Holly Mitchell, D-Los Angeles. In addition to prohibiting transfers of seized property to the federal government, the bill would wipe out any prior agreements that would necessitate such transfers, as the Tenth Amendment Center observed[6].

What’s more, court protections for state residents would be beefed up. “Californians would need to be convicted of a crime before they could lose their property,” the Orange County Register noted[7]; “the bill would institute new notice requirements, establish court-appointed counsel for indigent owners and allow those who ‘substantially prevail’ in a civil forfeiture case to recover attorney’s fees.”

In an effort to minimize abuses, state law already reduced the amount, relative to federal rules, that law enforcement could keep from any seizures — 65 percent, rather than the 80 percent allowed at the federal level. Further protections were also put in place. “California requires a conviction to justify keeping seized assets of up to $25,000,” noted the Times. “For larger amounts of money, police must show by ‘clear and convincing evidence’ that the property was connected to drug sales or manufacturing – a higher standard than the ‘probable cause’ required under federal law.”

But the curbs on asset forfeiture imposed by SB443 could make a powerful impact on the cut of forfeitures available to law enforcement, also known as equitable sharing. “Since 2008, law enforcement agencies in California have generated and spent over $380 million in equitable sharing funds – the highest in the nation,” according to the Register. “Almost $60 million went to salaries and overtime.”

While California has often been seen as a bellwether for state-level legislation, passage of SB443 would follow a strengthening trend toward reassessing the validity of asset forfeiture rules. Federal officials have already begun chipping away at the more controversial elements of the practice. “In January,” as the Journal reported, “the Justice Department said it was curtailing a program that had allowed state law-enforcement agencies to pursue civil forfeitures under federal law and then share in a large portion of the proceeds. The department has also launched a review of the federal asset-forfeiture program.”