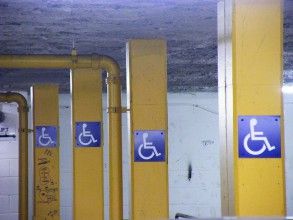 A care-giving facility for disabled adults and the taxpayer-funded groups that oversee it have settled a 2011 lawsuit that accused the center of numerous instances of abuse and violent attacks on patients.

The incidents include the sexual assault of several residents by an illegal immigrant who was hired as a driver by Healthy Start, the lead defendant in the case.

The payoff, while publicly undisclosed under the provisions of the settlement, was less than $400,000 to be shared by the nine plaintiffs, according to observers.

The amount is a paltry sum, victims’ advocates say, for the abuse the patrons allege occurred in 2009 and 2010.

That’s because the regional centers had for years not been required to carry liability insurance. 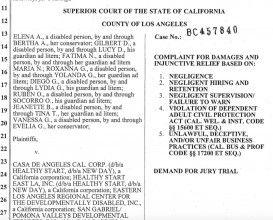 [4]The lawsuit[5] against Healthy Start, which was shuttered by the state in 2012[6], contends that the center hired Juan Fernando Flores, an illegal immigrant,[7] to serve as a transportation driver who sexually abused several patients. Flores took a plea deal[8] in 2011 and is serving an eight-year prison sentence.

It mandates that the coverage “will cover injuries sustained by acts, omission to act, or neglect of the licensee or his or her employees.”

Because the Healthy Start agreement is sealed, the source of the payment to the litigants is unknown.

But the fact that it has taken so long to get the regional centers to carry insurance, which distribute money to vendors like Healthy Start, rankles supporters of the disabled.

“I look at adult residential services and these places where they have developmentally disabled residents, and, of course they should have insurance,” said Pat McGinnis, executive director of California Advocates for Nursing Home Reform. She said the newly enacted legislation is a start, but there are plenty of aggrieved parties that will never be made whole, given what she considers is a small minimum insurance requirement.

“Most of the insurance companies won’t cover intentional torts,” which are willful acts of abuse, she added.

Some operators of the homes do carry insurance, said Jody Moore, an elder abuse lawyer in Thousand Oaks, but until now, it has been voluntary.

“Which discourages litigation, when there are firms out there looking for the biggest cases,” Moore said.

Plus, the smaller facilities are difficult to keep honest, she said.

“A 100-bed facility can make money and pay on a judgment,” Moore said. “But a smaller provider, no, and in a lot of cases they go out of business. We always hope the [Department of Social Services] is shutting them down and hopefully preventing them from opening another facility.”

Claiming lack of funding despite rise in revenues

Revenue for San Gabriel/Pomona Valley Developmental Services increased 17 percent in the same time, from $156 million to $183 million, according to its tax filing[12].

The Los Angeles Center did not respond to a request for a comment or interview.

As a private entity, the residence center had no background check process verified by the state, although state law “requires a background check of all applicants, licensees, adult residents, volunteers under certain conditions and employees of community care facilities who have contact with clients,” according to the California Department of Social Services[13].

The group that owned Healthy Start, Casa De Angeles Cal. Corp., filed for bankruptcy[14] shortly after Healthy Start closed. The group could not be reached for comment.