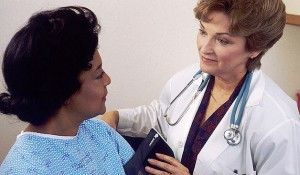 [1]California Democrats have ramped up their push to extend health benefits to in-staters who immigrated unlawfully.

Sacramento Democrats have advanced a piece of legislation, authored by State Sen. Ricardo Lara, D-Bell Gardens, that would grant access to Affordable Care Act benefits to unlawful immigrants. SB4[2], which would open up Medi-Cal enrollment, cleared the Assembly Health Committee on a party line vote, drawing[3] a few dozen opponents at the bill’s hearing.

According[4] to Lara’s website, some “three to four million people in the state will remain uninsured in spite of ACA, and almost a million of those will be undocumented residents eligible for coverage, save for their legal status.”

Last month, the state Senate voted to clear the bill, also known as the Health For All Act, with Lara describing the scheme as “a transformational and decisive step forward on the path to achieving health for all,” according[5] to MSNBC. But Gov. Jerry Brown’s office already intervened once to scale back Democrats’ ambitions.

“The initial bill, which would have allowed all undocumented immigrants to sign up via Medi-Cal, was pared down after it was estimated to cost up to $740 million a year, a price tag Brown said was unacceptable. The governor has not indicated whether or not he’ll sign off on the latest legislation.”

Nevertheless, as Politico reported[6], Brown did sign off on spending “millions in state dollars to provide health care to undocumented children, mirroring similar efforts in a handful of other liberal states.”

Covered California, the state-run health care exchange, has become an Obamacare keystone, although its second-year enrollment numbers have fallen short of goals. Continued tension between Gov. Brown and state Democrats on the costs of expanding coverage could pose problems for the party on a national level.  “Republicans never trusted Democrats’ repeated assurances while the law was being drafted that the Affordable Care Act wouldn’t cover undocumented immigrants,” Politico noted. “That built up to Rep. Joe Wilson’s infamous ‘You lie!’ moment, when the South Carolina Republican interrupted President Barack Obama’s 2009 health care address to Congress.”

In some parts of the state, strategies for expanding benefits have had to adapt to changing political circumstances. Although state Democrats at the municipal level have long adopted a generous attitude, a new expansion of health funding stopped short of including the unlawfully present.

The San Francisco Department of Health was recently put in charge of administering a new effort under its so-called City Option initiative, which makes it easier for workers to buy insurance through Covered California. Previously, beneficiaries were eligible for reimbursements supplied by the city, whereas, under the new effort, San Francisco will directly subsidize purchases made through the state exchange. “The new subsidies will not benefit immigrants living in San Francisco who are in the U.S. illegally,” however, according[7] to the San Francisco Chronicle.

As the Chronicle added, illegally present immigrants have already received some favor under municipal law: “They are still eligible to receive health care services through the city’s Healthy San Francisco program.”

In the city, illegal immigration has become a freshly charged issue in the wake of a shooting that made national news, eliciting comments from Republican presidential candidates. While Donald Trump tied the killing to the city’s so-called “sanctuary” status, Jeb Bush, on a recent visit reported[8] by the Los Angeles Times, said it was inappropriate to “prey on that fear,” suggesting “it’s not a winning message either.”

If San Francisco’s decision not to extend the new subsidy to unlawful immigrants reflected unease on the left, Bush’s remarks suggested something similar on the right. “I think candidates ought to lay out proposals to solve problems rather than basically prey on legitimate fears and concerns,” he said, trying to strike a moderate tone.