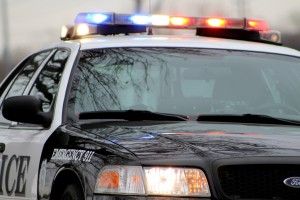 [1]In June 2012, San Jose voters by a more than 2-to-1 margin approved an ambitious pension reform measure meant to bring down long-term costs of retirement benefits for city employees. The night of the election, the San Jose police union had already promised to sue to block Measure B[2] by noon the following day[3], asserting that it violated state laws involving collective bargaining rights and due process.

Last week, after a three-year court battle, the police and fire unions finally accepted a compromise that preserves most of the reforms backed by voters. The San Jose Mercury-News has some key details[4]:

[The] city viewed Measure B as a way to control skyrocketing retirement costs that had more than tripled after benefit increases in the late 1990s and devoured funds for services. The measure called for current employees to pay more into their pensions, eliminated bonus checks for retirees, established scaled-back benefits for new workers and stricter disability provisions.

The proposed settlement would roughly maintain most parts of the measure already enacted, such as eliminating bonus checks for retirees and scaled-back pensions for new hires while abandoning provisions blocked by a trial judge’s 2013 ruling or which the council had not enacted, such as higher pension contributions from workers and some disability changes.

Concession opposed by many retirees

The fact that San Jose negotiators won unions’ acceptance of the end to so-called “13th checks” to pensioners in years in which pension fund returns were high is a major development on the pension reform front. In San Jose and many other local governments with such policies, current workers and retirees had argued that this amounted to a vested benefit that couldn’t be revoked — even if it were never collectively bargained.

CalPensions’ Ed Mendel wrote about[5] the practice in 2013 and noted that what may nowadays seem illogical and unsustainable — giving retirees more money when a pension fund portfolio does well, but not giving them less money when that investment portfolio has a bad year — is a hangover from a past California where officials couldn’t fathom the idea of hugely underfunded pensions someday being a major problem.

Declaring earnings excess or surplus might have been a backdoor way to give employees more money and employers short-term budget relief, knowing from the outset future generations were likely to get a larger pension bill.

But whatever the cause, treating investment earnings as an excess or surplus, in ways large and small, has skimmed off money that could have been invested, adding to pension debt rather than lowering it.

One reason why some retiree groups held out hope that “13th checks” might win court muster was because they were not explicitly banned going forward by Gov. Jerry Brown in the 2012 pension reform law he shepherded to passage. The argument was this amounted to a de facto concession to these checks being a vested right.

But as the conclusion to the San Jose litigation indicates, police and fire union lawyers apparently no longer believed they had a case to sustain the “13th checks.”

Where the “13th checks” keep coming

In San Diego, meanwhile, the practice lives on[6]. City officials — including many who played key roles in the crafting and adoption of a pension reform ballot initiative that passed on the same day[7] as San Jose in 2012 — believe the right is vested. This is from a November 2013 Union-Tribune story.

A holiday season bonus is back for San Diego city employee pensioners, in the form of a “13th check” for the year that averages $720 per retiree.

The extra cash will be paid out to some 7,700 people next week, totaling $5.5 million, even though the system’s long-term shortfall in meeting pension obligations is $2.3 billion.

The payments apply only to city workers hired before mid-2005 but have grown in recent years as more people hired before that have retired and lived longer. …

This year the system said it had realized investment earnings of $241.7 million, compared to certain costs of $150.7 million. That left a balance of $91 million sufficient to trigger[8] the payment of the 13th check.