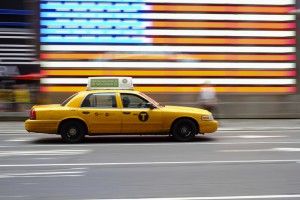 For ride-booking services such as Uber and Lyft, California’s roller-coaster ride has only just begun, with recent developments underscoring high demand among the public and high levels of discomfort among public officials. As regulators have cracked down in some places — imposing fines and suspensions — they have eased off in others, permitting the popular app-based companies to expand their areas of operation.

At the statewide level, Uber in particular has faced a costly, uphill climb. After years spent tangling with the state Public Utilities Commission, the agency has run out of patience with Uber’s degree of compliance. “The California Public Utilities Commission has slapped the ride-booking company with a $7.3 million fine and ordered its suspension in the state,” as Endgaget reported[2], “after it failed to comply with the agency’s reporting requirements.”

“When the state legalized Uber and similar services back in 2013, one of its conditions is the submission of detailed reports to make sure drivers accept passengers regardless of their conditions or locations. Unfortunately, Uber turned in incomplete data for 2014 and has been refusing to show CPUC the information it requires for the past few months.”

CPUC revealed that Uber did not disclose data including “the number of requests for rides from people with service animals or wheelchairs; how many such rides were completed; and other ride-logging information such as date, time, Zip Code and fare paid,” according[3] to the Los Angeles Times. Although the fine struck some observers as excessive, it would amount to a drop in the bucket for Uber, which boasts a massive operating budget. “For Uber, which has raised $5.9 billion in venture capital investment, a $7.3-million fine would amount to less than 1% of that,” the Times noted.

Surprising few, Uber responded to the adverse ruling with a promise to escalate. “We will appeal the decision,” said[4] the company in a statement.

“Uber has already provided substantial amounts of data to the California Public Utilities Commission, information we have provided elsewhere with no complaints. Going further risks compromising the privacy of individual riders as well as driver-partners. These CPUC requests are also beyond the remit of the Commission and will not improve public safety.”

In a separate, unanticipated development, however, Los Angeles International Airport agreed in principle to open its busy traffic circles to Uber and Lyft. To date, travelers have had to rely on workarounds such as meeting drivers just outside LAX, or circumventing the restriction in other ways. In the face of protesting taxi drivers, the airport’s Board of Commissioners voted to make it the largest airport in the nation to grant ride-booking companies full access, according[5] to the Associated Press.

As the Washington Post observed[6], the favorable decision came at a time when Uber and similar services have faced an increasingly hostile regulatory environment beyond the CPUC fine and potential suspension. “Last month,” the Post recounted, “the California Labor Commission ruled that an Uber driver was an employee, and not an independent contractor, of the company.” Uber announced earlier that it would appeal this decision as well.

Although the struggle to settle the status of ride-bookings was far from over, observers notched the LAX vote as a win not only for Uber and Lyft but for travelers. “The move could significantly alter the way thousands of Southern Californians and tourists navigate the nation’s third-busiest airport, long criticized for traffic congestion and lack of a direct connection to the region’s rail system,” the Times suggested[7]. “If the companies can quickly comply with the airport’s rules, Lyft and Uber services — some offering lower fares than taxis — could be available by September, officials said.”

With public opinion in California still on its side, Uber especially stands to benefit from moving rapidly to satisfy airport officials.